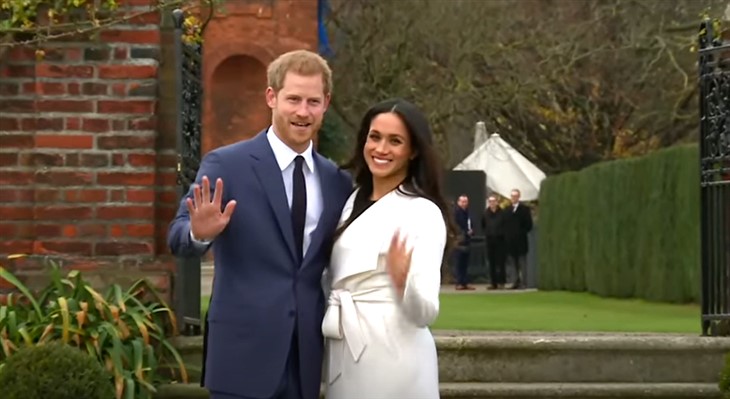 Mr. David noted that “My genetics team, led by Dr. Olof Olsson, has created the Prince Harry seed. The modification is to supercharge it with CGB, the analgesic, painkilling, part of cannabis. The psychoactive element of the plant, tetrahydrocannabinol, has been modified to a “nondetect” level of 0.001per cent.”

While this might sound wild to some, Mr. David has already made the same sort of deals with celebrities throughout the Santa Barbara area. With the Santa Barbara region reportedly ideal for the growth of marijuana plants, Mr. David told British tabloids that his offer to Prince Harry and Meghan Markle is, “a golden opportunity” that could net the Duke and Duchess of Sussex nearly £3million per year.”

If Prince Harry and Meghan chose to accept Mr. David’s offer, this could see them cover the cost of their new estate in as little as three and a half years.

Prince Harry And Meghan Are Desperate For Cash

For example, it wasn’t that long ago that Prince Harry was preaching a sermon of environmental doom and gloom, only to head out with Meghan Markle to tool around downtown Los Angeles in one of the world’s most expensive, most environmentally unfriendly SUVs of all time.

The bottom line is that Harry and Meghan haven’t stopped spending. Even with the aid of Prince Charles who has generously continued supplying Prince Harry with British taxpayer funds through his Duchy of Cornwall, the fact is that Prince Harry dropped a considerable amount of what he’s had in the bank when he bought his new place in one of Santa Barbara’s most exclusive neighborhoods.

It’s a sure bet that Meghan Markle and Prince Harry want to bring their financial standing to the level it was at prior to Megxit.

In any case, British tabloids quoted Mr. David suggesting that his offer is something that will dovetail nicely with Prince Harry’s “caring nature.” Moreover, the British billionaire suggested that if Prince Harry accepts, he’ll be walking at least partially in his father, Prince Charles’s footsteps.

Mr. David said, “I’ve made it clear in the material I’ve passed on that exciting genetic advances are fast-developing and I want them to be part of that. (Moreover), Charles loves to talk to his plants to help them grow. I know Harry will follow that hands-on approach.”

He also weirdly noted that, “The human voice makes a difference. I sing love songs to my plants, it makes them grow quicker.”

Those who have been keeping up with the interests of Prince Harry and Meghan Markle know that Mr. David’s offer might be one they accept. Indeed, it could be that Meghan and Harry will find an interest outside of the financial benefit crops of hemp could provide.

Recall that before Harry and Meghan ditched The Firm, Meghan was quoted as saying, “Growing up in southern California, I loved gardening and growing my own vegetables. That farm-to-table ethos was ingrained at such a young age.”