Emmerdale Spoilers: Belle Picks Jamie Over Her Own Family, Will She Regret It? 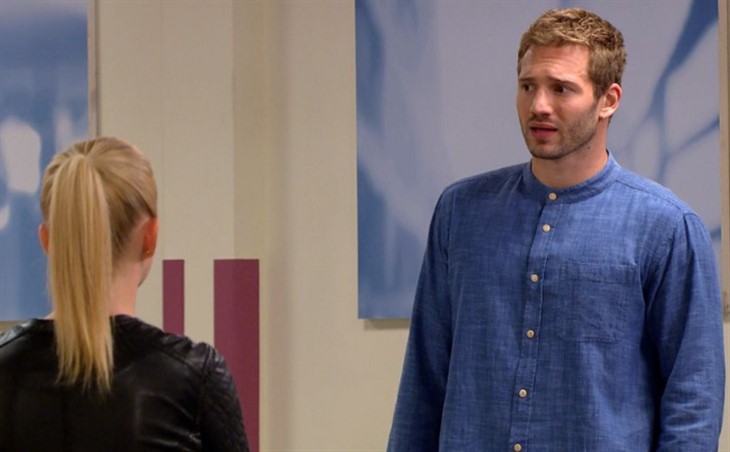 ITV Emmerdale spoilers for the week of August 31 reveal that Cain Dingle (Jeff Hordley) confronts Belle Dingle (Eden Taylor-Draper). Not being able to continue playing both sides, Belle ends up picking Jamie Tate (Alexander Lincoln) over her own family. This doesn’t just happen once, but several times. Will she end up regretting her decision?

Next week, expect to see Cain return and his mood will darken when he suspects that Jamie and Belle are back together. He confronts the young woman and demands an explanation. This will only intensify the guilt that Belle feels over hiding the truth about Jamie’s role in Moira Dingle’s (Natalie J. Robb) accident.

make a deal. She figures that she can keep Jamie happy, but help Moira at the same time.

Emmerdale Spoilers – Deal With The Devil

According to Metro, Belle promises that she will avoid Moira, but only if Jamie finds a way to get Kim Tate (Claire King) to do something in exchange. Belle strongly suggests that Kim send new business over to Moira’s neck of the woods. Will Jamie make that deal with Belle, or could he go back on his word?

It seems that Jamie’s secret might be coming out whether Belle talks or not. The police ring up Moira and inform her that they have a new witness in her case.

Not only does Belle keep the secret about who really hit Moira, but defends Jamie to Cain. Then, she moves out, but that’s not all. When Sam Dingle (James Hooton) is fired for bad-mouthing Jamie, the family turns to Belle for help. However, she picks Jamie’s side and makes her stance known to everyone.

However, is it something that she will end up regretting? The actress certainly thinks so. She previously speculated that Belle is going to end up with a broken heart and gave the romance a “zero percent” chance of surviving.

What do you think is going to happen with Jamie Tate and Belle Dingle? Who is the new witness in Moira Dingle’s case? Will the young woman end up turning her back on her family? We will have to keep watching the soap to see what happens next.