The Young And The Restless Spoilers: Victoria Pushes Billy To Buy Newman Media, Wants Him To Do Her Dirty Work 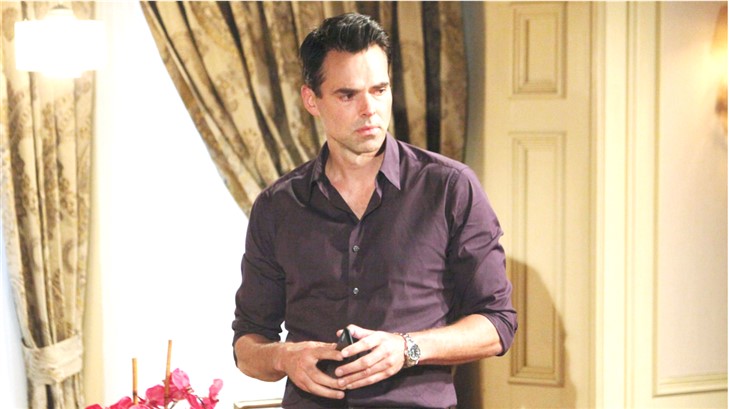 CBS The Young and the Restless spoilers document that Billy Abbott (Jason Thompson) made an important decision without Lily Winters (Christel Khalil) input and against Amanda Sinclair’s (Mishael Morgan) suggestion that more time was needed to discern what was best for Chance Com.

Billy’s agreement to buy Newman Enterprises’ media division was made under timed pressure. Vickie Newman (Amelia Heinle) gave him about an hour to say yes, which he did.

Having enhanced power to expose his enemies, Billy also understands that he’s not the head of Chancellor’s expanding division. Lily’s status as an equal was something Jill Abbott (Jess Walton) wisely instituted, as Billy’s legendary ability to create havoc could upend efforts to grow CI’s newest outlet.

The Young And The Restless Spoilers: Sharon Rushes To Save Adam – Chelsea Furious!

It’s plausible to conclude that Vickie is actually using Billy to do her bidding. She knows Billy’s ability better than anyone, except his mother.

So, selling Newman’s media power to Billy seems like he’s been given a clear message. He can now do whatever he likes, with Vickie brushing off direct responsibility for any damage Victor, or Adam suffer. But does Vickie really want her multiple time ex-husband to go after her father and youngest brother?

Victor Newman (Eric Braeden) told Victoria that he knew she sold the media division to Billy as a form of payback. Some of her rages is believed to be aimed at Victor, in causing her discomfort when being temporarily ousted as Newman’s Chief Executive Officer. Another part of Vickie’s believed rancor is directed at Adam Newman (Mark Grossman), who engineered the ouster.

But Vickie didn’t react when her father said that she knew she’d only be out of her job for a handful of weeks, at most. She didn’t want to confirm or deny Victor’s suspicions.

However, Vickie is very much like her father. Selling to Billy and also allowing Jack Abbott (Peter Bergman) to buy Newman’s cosmetics division, which includes many valuable patents, represented a double gut punch.

‘The Young And The Restless’ Spoilers: Phyllis Underestimating Abby Could Cost Her Everything https://t.co/WZ8WFRODnD pic.twitter.com/1iduOFQ9Ey

The Young And The Restless Spoilers – Adam Newman’s Vulnerability Exposed?

When Billy learns of Adam’s Kansas problem he’ll surely want to use CI’s increased power to attack. But Lily will have a say in any above-board media tactics.

Y&R fans know that Billy is okay with playing dirty and surely would keep Lily in the dark about any anti-Adam measures he takes. Harming the man who took his daughter from him might be too tempting to resist. Doing so would negatively affect Victor as well, which would make Billy’s decision all the more appealing.