EastEnders Spoilers: Toby-Alexander Talks About The Backlash He Received Over Recent Storyline 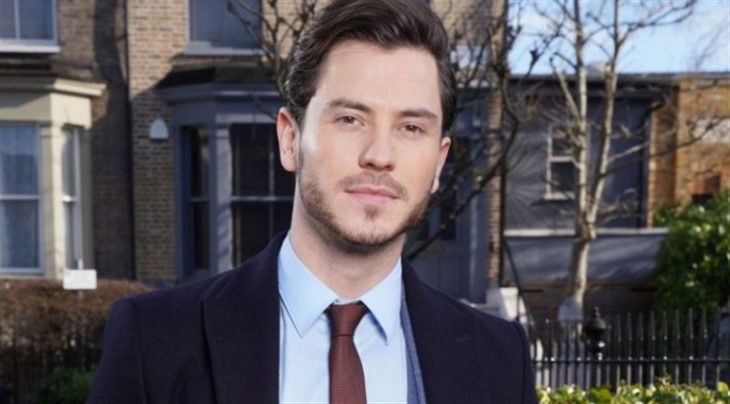 BBC EastEnders spoilers hint that Toby-Alexander Smith recently opened about the backlash that he received due to him playing the role of the abusive Gray Atkins. Toby-Alexander has been in a long storyline involving his character, Gray Atkins, and Chantelle Atkins (Jessica Plummer).

This storyline has explored domestic violence as Chantelle Atkins suffers from the violent behavior of her husband. Recently the stars of the storyline have appeared on the behind the scenes spinoff show, EastEnders: Secrets From the Square. In the spinoff show, the actors talked about where their current storyline is heading when new episodes return. They also talk about the reactions that they received due to the current storyline and the roles they play.

Jessica went on to talk about how some viewers were wondering why Chantelle would not just get up and leave the relationship. However, those viewers may not know about how abuse can play hand in hand with manipulation. Toby-Alexander on the other hand has shared that he has received a lot of pushback from viewers due to his role as the abusive Gray.

He went on to say, “They usually say, ‘Are you Gray from EastEnders?’ I’ll say yes, and then I’ll get a bit of a look. It gets difficult when it becomes personal because people sometimes can’t differentiate between the character and me as an actor, but that’s fine. If one person gets out of an abusive relationship, then it’s worth it. I’ll take it all day long.”

Another domestic violence storyline was brought up as well, which included the characters Little Mo and Trevor, which took place in 2001. Toby-Alexander went on to say, “That storyline was so iconic. I remember one of the first articles, and there was a reference to it — and that’s where it really hit home: the responsibility we had. That people were making that comparison.

#EastEnders Look Into Maisie Smith's TikTok Post- May Have Breached Her Contract https://t.co/eqO8BhuMNP

The sad thing is, nothing has changed and it’s always going to have relevance.” EastEnders has gone on to partner with the group, Women’s Aid, and the group has also praised the BBC One soap for the domestic storyline involving Chantelle and Gray. EastEnders will be returning to screens on Monday, the 7th of September where the storyline will continue with Chantelle taking action to get out of her abusive marriage.