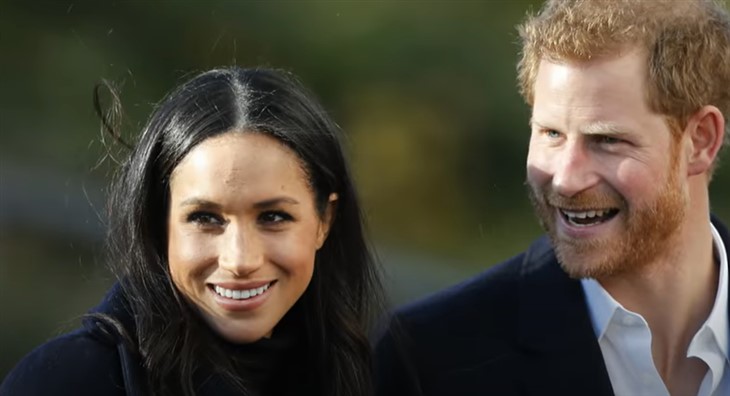 Now we know why the Markle’s have been giving the milk away for free! It makes no sense for these two to be blabbing as much they have lately, for free, after they made a big deal of signing with a speaker’s agency.

Now the truth comes out: these two have botched yet another project. After ditching their charity Archewelle, cooperating with a biography that has become a laughingstock for it’s one-sided portrayal of them as saints, and throwing his family under the bus, they have once again made a monumentally bad move.

Royal expert Katie Nicholl has told Vanity Fair why, after signing with a prestigious speaker’s bureau, that no one has bought Harry and Meghan’s services. Of course, in their version, it has nothing to do with them, it’s because there isn’t a market for, “after-dinner talking right now.” How convenient.

And, it’s because of the fact no one wants to pay a dime to hear them talk, that they are, “focusing on production at the moment.” According to the source, Harry and Meghan are, “exploring other avenues,” while their public speaking is, “on hold.” On hold is a nice way of saying they are “in-between jobs,” which is a nicer way of saying they are apparently unemployable.

However, Will They Pay The Mortgage?

The couple have moved into a $14.65million mansion in Santa Barbara, California
Because they overestimated how much people want to listen to them drone on, they are now reportedly pitching

The source went on, “The focus is on production at the moment and I can see them making a series rather than Meghan starring in front of the camera.”

Additionally, the alleged priority for the couple is now hoping someone, anyone will buy what they’re selling this week.

Is The Queen Treating Sophie Wessex With Blatant Favoritism?https://t.co/YumXNTdjz8

According to Nicholl, the couple pair are trying to figure out how they can make some money after fleeing the UK for financial freedom. One of those projects is a television program that will focus on “normal people.” They will not be in the program though, presumably because they do not consider themselves normal.

And so it has come to this. Pride goeth before a fall. After all of their hubris and hustle, they are finding out what happens when you kick your supporters to the curb in search of bigger and better houses with greener grass and seek out locales with brighter lights and adulation. Welcome to reality Meghan.