The Young and The Restless Spoilers: Will Love Conquer All For Adam And Chelsea – Sharon Puts Strain On ‘CHADAM’ 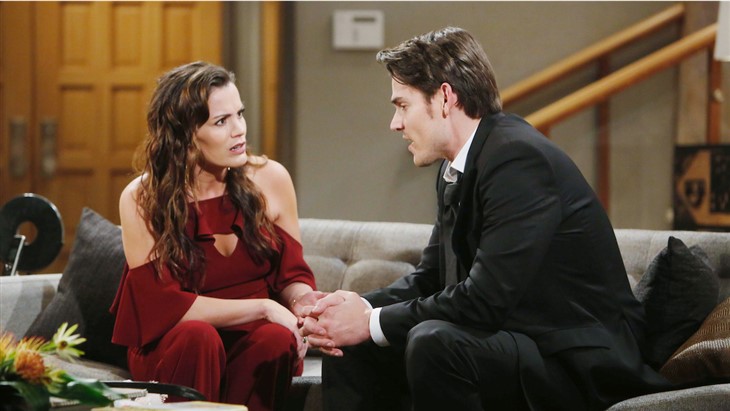 CBS The Young and the Restless spoilers tease that a huge sea change is on the way for Adam Newman (Mark Grossman) and it could mean that life as he now knows it will never ever again be the same. He is the black sheep of the Newman family, and he is involved with the mother of his child, Chelsea Newman (Melissa Claire Egan). As summer ends and falls begin, these constants in his life are about to be tested.

Soap Opera Digest has previewed what is in store for Adam and his topsy-turvy life and we have the details for you here.

The Young And The Restless Spoilers – What Happens To Adam Newman in his quest for the truth?

Right now Adam is on the fast track to finding out what really happened, in all its gory detail, the night in Kansas when he killed AJ Montalvo. He has traveled back to the family farm where the killing occurred and is in the midst of a final breakthrough in his memories. He believes now that he killed a man, but there are pesky little details that are being left out.

No problem, he has Sharon Newman (Sharon Case) to help him!

Y&R Spoilers – How Will Chelsea Newman React To What Adam Discovers About Himself?

The problem is that Sharon was his past and Chelsea is his here and now. Chelsea is not thrilled that Adam has turned to Sharon to help him in his darkest hour—that’s in her job description!

Chelsea is putting up a brave front, but as time goes on she will become more and more irked that Shadam is spending time together. Where does this leave Chadam?

She will come to will fear that Adam’s truth is causing a gaping hole in their relationship as a family. She is also afraid of the bond that Sharon and Adam share.

The Young And The Restless Spoilers – Is Sharon Newman The Only Person On Earth Who Can Help Adam Newman?

In particular, Chelsea is uneasy that Sharon may truly be the only one who can help him—where does this leave her?

As summer ends and fall begins, these fears will eat away at Chelsea. We will see her insecurities get the best of her. What does this mean for her role in Adam’s life? Chadam will be tested, that much we know. But the extent, and the eventuality of this test, we can’t give away just yet!