The Young And The Restless Spoilers: Amanda Has A Choice – Safe Nate Or Unpredictable Billy 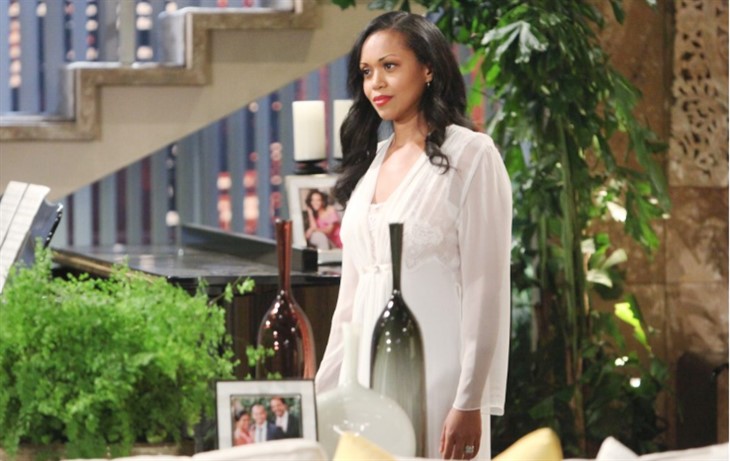 CBS The Young and the Restless spoilers document that Amanda Sinclair (Mishael Morgan) has an interesting choice to make. She has two available men that are interested in romance.

Nate Hastings (Sean Dominic), projects as a steady significant other. Billy Abbott (Jason Thompson) is unpredictable, to say the least.

Amanda has only been in town for a year. She’s seen Billy’s heart and is intrigued. However, Nate’s appeal is that his personality is similar to hers.

The Young and The Restless Spoilers: Will Love Conquer All For Adam And Chelsea – Sharon Puts Strain On ‘CHADAM’

The Young And The Restless Spoilers – Opposites Attract In GC

Billy bonded with Amanda before the production shutdown caused more than three months of repeat episodes to be broadcast. Y&R fans learned a great deal of show history during that period of time. Various arcs that involved the different actors who played Billy reaffirmed that stability isn’t his thing, which certain women, most especially Victoria Newman (Amelia Heinle), have found very attractive.

Amanda is coming off a relationship that turned traumatic. As she was recently telling Elena Dawson (Brytni Sarpy), dealing with the damage Ripley Turner (Christian Keyes) caused was tough. But she’s getting past it.

So, Billy does offer risk. But he’s also been willing to discuss his vulnerability, which puts him in the good guy category for now.

Nate’s move home was facilitated by his late uncle, Neil Winters (Kristoff St. John). Olivia Winters’ (Tonya Lee Williams) son has furthered his mother’s legacy as a healer. He’s also had time to allow his soul to heal, following the passing of his girlfriend in Boston.

Elena was someone that Nate bonded with early on. They are platonic friends for now, though Elena did tell Amanda that Nate is gorgeous.

Dominic’s character is focused on Amanda right now and has been making progress. Their first date put a smile on his face, as Elena learned, and Amanda is open to getting to know him better.

The Young And The Restless Spoilers – What Does Amanda Sinclair Want?

Amanda is establishing her career in GC. The position she accepted as Chance Com’s legal counsel makes sense and allows her regular access to Billy. That, as much as the position itself, was enticing.

Whether Billy and Nate will actually become adversaries is questionable. It’s plausible that Nate and Elena will spark at some point, due to their New Hope Clinic connection. Yes, this storyline has been nicely set up with plenty of plot to go on Y&R.