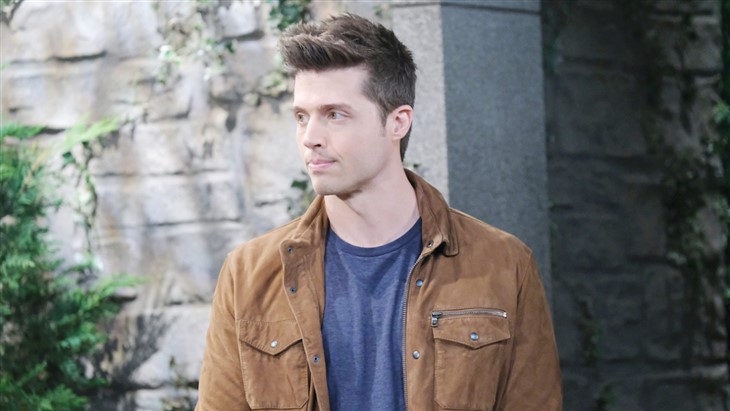 NBC Days of Our Lives comings and goings reveal that there are a lot of big names and familiar faces coming back to the NBC soap opera. One includes Evan Frears aka Christian Maddox, played by Brock Kelly. How does he get out of prison and what brings him back to Salem? Keep reading to find out all the information known so far.

DOOL comings and goings reveal that when Evan Frears first came on the soap, he was Rafe Hernandez’s (Galen Gering) nanny. He was hired to take care of David Ridgeway (Caleb and Kyler Ends) and tried to start a relationship with Sonny Kiriakis (Freddie Smith). However, his real name was Christian Maddox, David’s biological father.

The last time we saw Evan/Christian was when he went to prison. Orpheus (George DelHoyo) wasn’t happy about it and Zoey Burge (Alyshia Ochse) ended up getting custody of her nephew. It was absolutely devastating for Rafe, who had plans to adopt David after being practically his only caregiver since infancy.

Days Of Our Lives Spoilers – Brock Kelly One Of Several Returns

Sami Brady (Alison Sweeney) will be leaving in September 2020, but expect to see her again before the year is over. Her storyline is teased as being emotional and will air throughout most of next year.

DOOL Spoilers – Comings And Goings: What About Orpheus?

Orpheus is known for his many prison escapes and viewers have to wonder if Evan/Christian gets out of the penitentiary because of his supervillain father. In any case, it will be interesting to find out what brings the troubled young man back to Salem. After all, Zoey ended up with custody of David, who doesn’t live in town. To find out, we will have to keep watching the NBC soap opera.