The Bold And The Beautiful Spoilers: Lawrence Saint-Victor Previews Carter And Zoe’s Romance 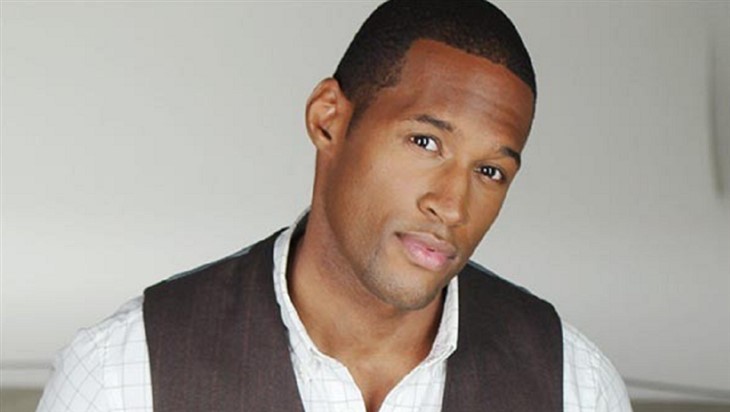 CBS The Bold and the Beautiful spoilers reveal that Carter Walton and Zoe Buckingham (Kiara Barnes) will end up becoming a couple. During an interview, actor Lawrence Saint-Victor talked about their upcoming kiss and romance. Plus, he also explained what makes Zoe so special and why Carter had to wait so long for another relationship.

The Bold And The Beautiful Spoilers – About Thomas Forrester

B&B spoilers reveal that Carter was attracted to Zoe while she was with Thomas Forrester (Matthew Atkinson). Even though he had feelings for Zoe, he didn’t try to steal another man’s girl. He knew that Thomas couldn’t be trusted, but all he could do was be there for the model while she figured things out for herself.

The Bold And The Beautiful Spoilers: Bill Does What Quinn Hoped – Ridge Doesn’t Realize He Was Setup

In the latest issue of Soap Opera Digest, Saint-Victor explained that Carter did try to warn Zoe about Thomas. But at the end of the day, the decision to marry Thomas wasn’t his to make — it was Zoe’s. Even after the truth was exposed, he wasn’t going to say, “I told you so.” He made the wise move by just being there for her and patiently waiting until she was ready to move on.

The Bold and the Beautiful spoilers reveal that the reason Carter has been single so long is because of who the character is. The actor explained to the publication.

“It’s been a long time since Carter has put his heart on the line, all the way back to his engagement with Maya Avant (Karla Mosley). He’s not the type of guy that just goes after any pretty girl he sees. But he realizes there’s a lot more to Zoe than meets the eye, and Carter is definitely looking forward to getting to know her better.”

The Bold And The Beautiful Spoilers: Kissing Zoe Buckingham

As for his upcoming kiss with Zoe, expect it to be something very nice and sweet. However, while their relationship is teased as being “magical,” they will encounter some hiccups. For one, a recast character is coming back and he will end up catching Zoe’s eye.

How will Carter make sure that Zoe picks him? Will he fight for his new love interest, or could he give up too soon? We will have to keep watching the CBS soap opera to see what happens with this storyline.