The Young And The Restless Spoilers: Amanda Shares More Than The Same Face As Hilary 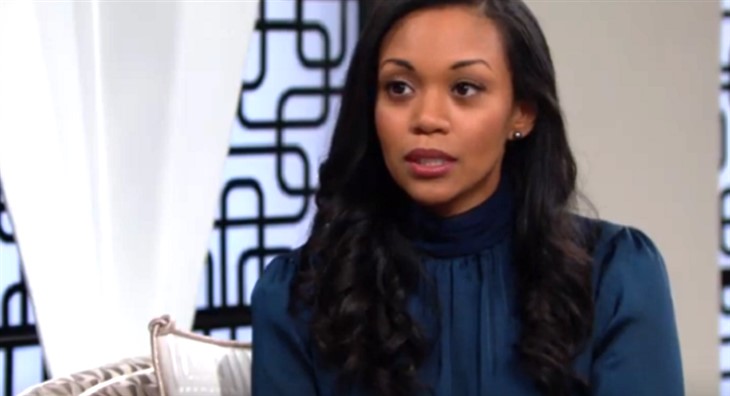 CBS The Young and the Restless spoilers indicate that Amanda Sinclair (Mishael Morgan) will dig in a little deeper to find out if she has more than just the same face as Hilary Hamilton, who died before her arrival to Genoa City. In fact, there’s a very strong possibility that they might be related. Here’s what you need to know.

Speaking to Soap Opera Digest in a new interview, actress Mishael Morgan, who plays both Amanda and Hilary on the hit CBS soap, puts it this way to the publication, “Amanda had already decided she didn’t want to find out if she could be related to this person because at the end of the day, she can’t be a part of Hilary’s life anyway and it could be just another big disappointment. But now there’s this other thing, aside from them looking exactly alike, that speaks to the fact that Amanda and Hilary could possibly be related, so it’s almost silly of her to just ignore it.”

The Young And The Restless Spoilers: Amanda Has A Choice – Safe Nate Or Unpredictable Billy

The Young and the Restless spoilers indicate that Amanda will ask Devon Hamilton (Bryton James) for one of Hilary’s possessions so she could possibly do a DNA test to see if the two are indeed related. She later also meets him at Society, where she asks about Hilary’s personal details and her birthday. Naturally, Devon is taken aback. Mishael adds, “Devon and Amanda are both shocked when he says that Hilary’s birthday was July 1.” That’s because Amanda’s birthday is supposedly on July 2. Could they possibly be twin sisters? All signs so far point to that as being the possibility.

Needless to say, Amanda is going to go through a rollercoaster of emotions, especially when the truth does reveal something that she might not be prepared for.

Of course, The Young and the Restless fans will have to tune in to find out what happens next. Y&R airs weekdays on the CBS network. Check your local listings for times.