The Bold And The Beautiful News Update: Aaron D. Spears Talks What To Expect Next From His Character 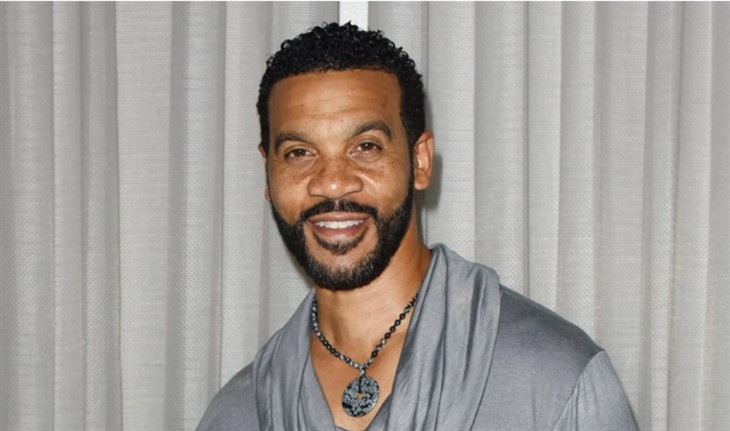 CBS The Bold and the Beautiful spoilers tease that Aaron D. Spears has learned a lot in his role as Justin Barber. On the hit CBS sudser he often stars opposite Don Diamont who plays Dollar Bill Spencer and according got Spears he has had a ball playing Robin to Diamont’s Batman.

The Bold And The Beautiful Spoilers: Carter Helps Zoe Forget About Her Past

The Bold And The Beautiful Spoilers – Aaron D. Spears Is Speaking Out About His Role As Justin Barber

According to the handsome and talented actor, he and Diamont are like, “two peas in a pod. He takes his work seriously, but not too seriously.” He shares that he has learned a great deal from his costar over the years and in particular to get rid of the ego and “shut up, learn and listen.”

Apparently, whenever these two stellar actors share scenes they have a blast and especially when their characters’ main enemy, Ridge Forrester (Thorsten Kaye), comes to visit. Who will ever forget Justin catapulting Ridge from a helicopter into the ocean on Bill’s orders?

B&B Spoilers – Will We Be Seeing More Of Justin Barber In The Near Future?

Spears also reminds us that his character has a lot of domestic drama that could be played out. Justin and Donna Logan (Jennifer Gareis) were involved and we still see her return from time to time. They had a son together and Donna decided to put him up for adoption. Wouldn’t it be great to see that story unfold in the modern-day? Spears thinks so!

The Bold And The Beautiful Spoilers – L.A. Will Be Heating Up With

Justin debuted in 2009 and over the years Spears has been a recurring cast member, as well as a regular. He is known for doing Bill’s dirty work and it would be nice to see him have a story of his own. According to Spears, “there’s another side to Justin that we really haven’t seen yet.”

The Bold And The Beautiful Spoilers: Steffy’s Extreme Rage Alarms Her Loved Ones #bb #Boldandbeautifulhttps://t.co/kvOZKfxkuj

Maybe now that Bill is gearing up for another round of romance with Brooke Forrester (Katherine Kelly Lang), we might see more of the dashing and handsome lawyer? Surely Bill will need someone to arrange his rendezvous’ and keep him out of trouble? Then again, we love Spears’ idea of giving Justin his own story. In addition to a domestic drama angle, isn’t it time that Justin has a red hot smoking love interest? It absolutely is!