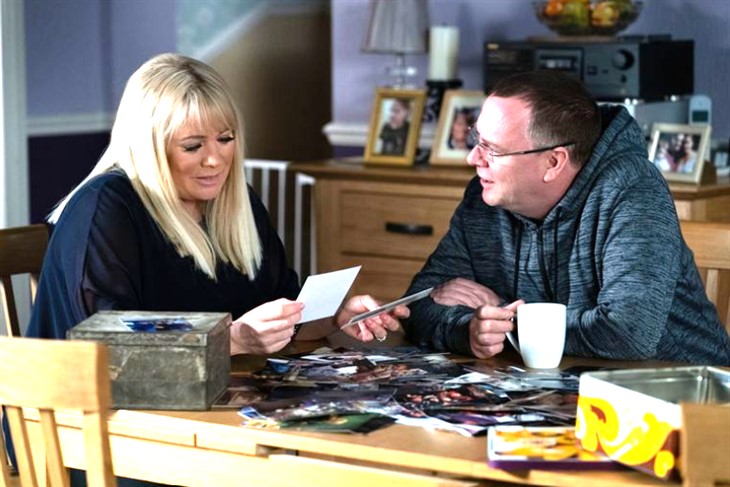 BBC Eastenders spoilers reveal that Ian Beale (Adam Woodyatt) and Sharon Watts (Letitia Dean) have been in “bliss” during a lockdown. However, that is all going to change when Dotty Cotton (Millie Zero) shatters their blissful little bubble. Will she finally expose Ian’s secret? That won’t be his only problem. It is confirmed that he ends up with a long list of enemies.

There is a lot that Sharon doesn’t know about the evening her oldest son died. Ian has made sure to keep it that way. He has also put on the facade of the “helpful, supportive friend.” Now, he does care about Sharon and feels guilty about Dennis Rickman’s (Bleu Landau) death. However, it seems that he is more interested in allowing Sharon to think about what a wonderful person he is for everything he’s done for her since it happened.

One move that Ian made was making a huge investment by buying Queen Vic from Mick Carter (Danny Dyer) and Linda Carter (Kellie Bright). Ian and Sharon are now partners and running the pub together, which left Phil Mitchell (Steve McFadden) completely blindsided. Right after that, the pandemic caused everyone to go into lockdown, including Ian and Sharon.

According to Digital Spy, when the soap returns on September 7, we will see Ian and Sharon. They will be having a wonderful time in lockdown together. However, it all comes to a crashing halt. Eastenders spoilers read,

“Lockdown in Queen Vic has been bliss for Ian and Sharon — until Dotty decides to burst their bubble.”

Eastenders Spoilers: Shirley Tormented When Dark Past Returns To Haunt Her? https://t.co/wVDDrha0kG pic.twitter.com/9QgY9HHlrD

Dotty Cotton One of Many Enemies

However, the publication also made it clear that Dotty is the only of the people that Ian has to worry about. He has been making a lot of enemies and we know that he will end up leaving town for a bit. Is that reason because Sharon finds out the truth or does someone come after him once the truth gets out? Or could one of his many other secrets lead to him leaving Walford? Perhaps when he steals every dollar that belongs to Max Branning (Jake Wood)?

Plus, we are eager to find out if Sharon will believe Dotty when she tells the story or if Ian will once again cover for himself. We will just have to keep watching the soap to see how this storyline develops over the next few weeks.