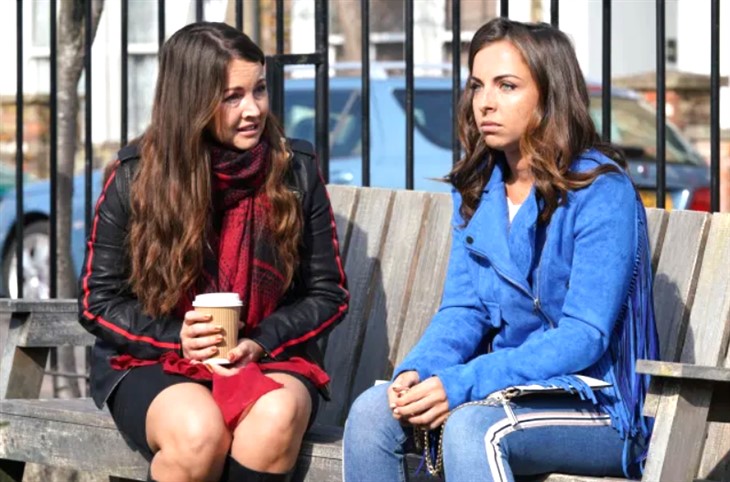 BBC Eastenders spoilers reveal that Ruby Allen (Louisa Lytton) will end up being confronted when Stacey Fowler (Lacey Turner) returns. Of course, this all stems from Ruby getting involved with Stacey’s estranged husband, Martin Fowler (James Bye). It is teased that there will be a huge showdown between the two women. Keep reading to find out more information.

Actress Lacey Turner was on a break from the soap. She will be coming back now that her maternity leave is over. Fans have been wondering what will bring Stacey back, where she has been and how she will react to Martin and Ruby being together. We are going to find out very soon because the soap comes back on the air on September 7.

Eastenders spoilers from Digital Spy reveal that Lytton said that she hopes that there is a confrontation between Stacey and Ruby. She explained,

“I hope we get a confrontation. For me, Lacey is the show. When I was there 15 years ago, we did everything together as a friendship couple – so for Lacey to be back, it feels like home again for me.”

EastEnders Spoilers – Have Some Explaining To Do

Previously, executive producer John Sen said that Martin and Ruby will have some explaining to do when Stacey returns. Remember, Ruby and Stacey are best friends, so it will definitely be a bit awkward for Stacey to find out her estranged husband is now with her BFF.

Eastenders spoilers reveal that Sen also teased that for the first two weeks, we will be getting a mystery. He said,

“Are all of these things going on [on] the Square to do with her – then she’s back with a bang. There are some fantastic Ruby vs Stacey scenes – and we can’t wait to find out what Stacey does when she discovers what has been going on between Martin and Ruby. As a return, that is a big moment.”

What do you expect to happen when Stacey Fowler returns? How will she react to Martin Fowler moving on with her best friend, Ruby Allen? Will there be a confrontation and most of all, where exactly has Stacey been and why? We will find out soon enough when new episodes air again on September 7.