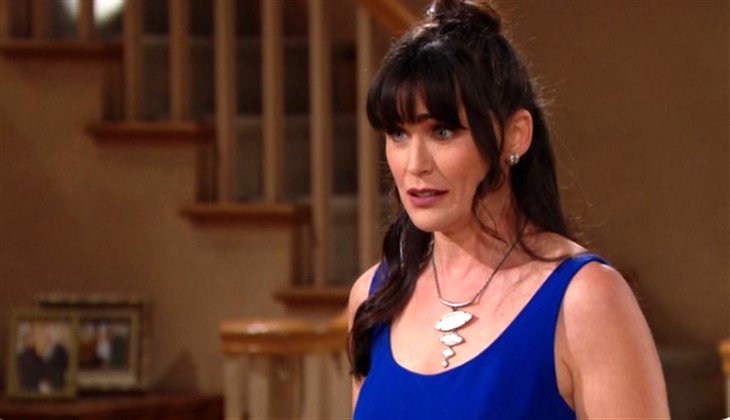 Most importantly, Brooke appears to have been eliminated as a threat to Quinn’s marriage. Eric Forrester’s (John McCook) long-standing support of Brooke is based on his own marriages to her and the children they have. Quinn saw that as a problem and became especially incensed when Brooke told Eric to divorce Quinn earlier this year.

Quinn will be blamed for manipulating the circumstances that existed in the months leading up to Bridge’s divorce. But neither Brooke nor Ridge Forrester (Thorsten Kaye) would be honest if they eventually claim to not have been mostly at fault themselves.

Ridge’s involvement with Shauna began a year ago. The Bikini bar incident happened because of his choice to drink far too much.

Brooke wasn’t wrong to offer persistent advice to Ridge about Thomas Forrester’s (Matthew Atkinson) behavior and intentions toward Hope Logan (Annika Noelle). But in doing so she created a wedge between herself and her then-husband.

It would be second-guessing to claim Brooke could have handled the matter differently, as Thomas was to blame for that situation. Ridge realized that Brooke was merely looking out for everyone who was involved, even Thomas, by the end of that part of the storyline.

Shauna might be the weakest link where Quinn’s scam is concerned. Richards’ character truly cares for Ridge, even though she’s lying to him about two important issues.

As long as Shauna doesn’t listen to her conscience, she’ll keep two secrets buried. Per Quinn’s prompting, Shauna texted Carter Walton (Lawrence Saint-Victor) with the divorce request and then took a drunken Ridge to a wedding chapel that her friend owned and married him in a ceremony where Kaye’s character had no idea what was happening.

The Bold And The Beautiful Spoilers – Time To Go To Work

Quinn needs to stay close to Shauna. That will be easy as long as Shidge is living under Eric’s roof. Quinn can keep tabs on her friend while also offering specific advice regarding how Shauna can fit into Ridge’s world.

The Bold And The Beautiful Spoilers: Brooke Fights Back, Reaches Out To Ridge Againhttps://t.co/BrkiRmJq75

Suggesting a job at Forrester Creations would be risky, as that would put Shauna in Brooke’s path. But Quinn firmly believes that Brooke’s day is done and that Shauna has replaced her. So, the family’s fashion workplace could be seen as the next step in further securing this fluid plan.