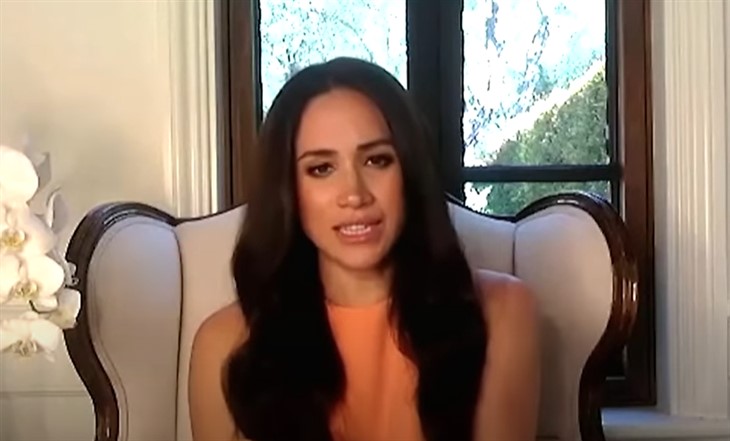 Many may already know that Prince Harry and Meghan Markle are facing growing calls by members of the British citizenry to have their royal titles stripped from them. Indeed, not long ago English broadcaster, journalist, writer, and television personality, Piers Morgan lashed out on Twitter following Meghan Markle’s appearance online at the “When All Women Vote” event.

Mr. Morgan stated flatly that, “The Queen must strip the Sussexes of their titles. They can’t remain as royals & spout off about foreign elections in such a brazenly partisan way.” Others in the British press have suggested the same and British Twitter users followed Mr. Morgan’s Tweet with a slew of their own. For example, one Twitter user tried to defend Meghan, Tweeting out, “She’s American. She’s absolutely entitled to her views, and to express them, about an American election.”

Prince Harry’s Fortunate Enough To Have ‘Small Space’ On $14.5 Million Estate To Play Rugby With Archie

However, that Tween was immediately followed with another that read, “No problem, but then they (Prince Harry and Meghan Markle) need to be stripped of their titles.” Yet another wrote, “Oh my god! The Queen will be having a canary – Royals don’t do politics.”

Now, a British politician has jumped into the fray on the side of those who want Meghan Markle and Prince Harry to severe penalties for their behavior in America.

Members of the British press as well as normal, everyday people in the UK have become increasingly upset with Meghan and Prince Harry of late. Now, British politicians are making their voices heard as to where they stand on the matter of the Sussex’s royal titles.

Following the example of Piers Morgan, London Assembly member, David Kurten Tweeted out, “Prince Andrew, Harry, and Meghan Markle should have their titles as Duke of York, and the Duke and Duchess of Sussex removed. The City of York and the County of Sussex deserve better.”

Some may argue that the political views of Prince Harry and Meghan Markle could be what is sparking the ire of so many within Great Britain. For example, Meghan hinted strongly as to which side of the American political divide she favors when she said publicly, “We all know what’s at stake this year. If you aren’t part of the solution, you’re part of the problem. If you are complacent, you are complicit. We can make a difference in this election and we will make a difference in this election.”

Of course, some believe it’s more likely the fact that the Duke and Duchess of Sussex are breaking Royal tradition that is angering the masses than anything else.

As Piers Morgan later wrote, “She (Meghan Markle) can do what she likes, she just can’t make politically partisan statements while remaining Duchess of Sussex. The royals are not allowed to do that. If Meghan and Harry truly want ‘freedom’ from royal duty and rules, they should stop trading of their royal titles.”