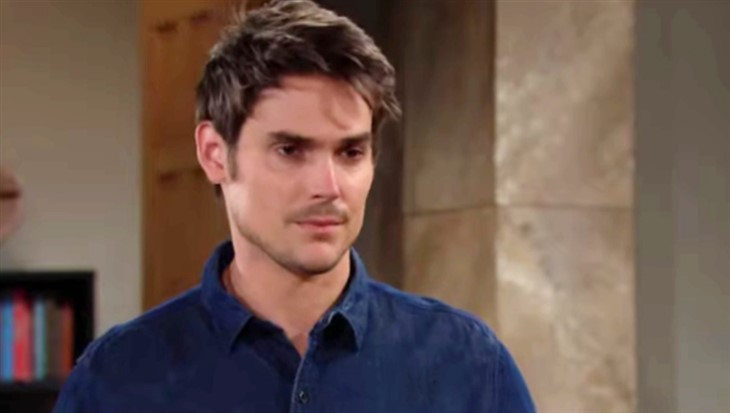 CBS The Young and the Restless spoilers document that Chelsea Lawson (Melissa Claire Egan) is rightfully concerned about the man she loves. Adam Newman (Mark Grossman) is spiraling once again.

The Young And The Restless Spoilers: Amanda Shares More Than The Same Face As Hilary

The Young And The Restless Spoilers – Trauma Could Be Eased

It’s possible that Adam isn’t responsible for A.J.’s death, as he’s come to believe. The dream sequence that showed DeAnda’s character standing over Adam after that character should have been dead might be a reveal.

Adam could have been knocked out cold by A.J. when he shoved the man who was pressuring Hope Wilson (Maggie Gwin) to repay a debt that the late Cliff Wilson (David Cowgill) owed. This suggested outcome could help to explain why Adam’s memory was locked and also might be tied to the cabin blast in September 2016.

Adam was assumed dead until Chance Chancellor (Donny Boaz) ran into him in Las Vegas, Nevada. As viewers have come to learn, Adam is linked to another accidental murder.

Adam’s morph into Spider and Sharon’s role in helping him revert was just replayed inside Hope’s farmhouse. Whatever Adam continues to learn about his childhood horror could serve to provoke trouble that’s connected to the covered death of Chance’s Vegas suspect.

It took Chelsea a long time to trust Adam again. She knows how chaotic his life is, but couldn’t stop herself from wanting to be with him again. And, for a handful of months, all was okay.

Chelsea needs Connor Newman’s (Judah Mackey) life to remain stable, as he’s overcome his own mental health issues in the recent past. So, keeping Chadam intact is Chelsea’s number one goal.

However, the longer Adam continues to confront the unknown, the more likely it is that his family life will be put in jeopardy, or eventually disintegrate.