Eastenders Spoilers: Martin And Ruby The Next Power Couple? Louisa Lytton Sure Hopes So! 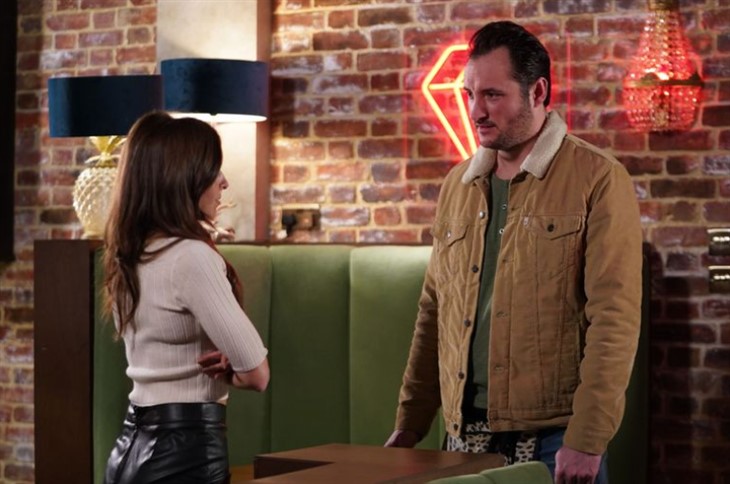 BBC Eastenders spoilers reveal that Stacey Fowler (Lacey Turner) is going to come back and find that her estranged husband, Martin Fowler (James Bye), has moved on. Not only that, but the woman he is with is Ruby Allen (Louisa Lytton), Stacey’s best friend. Despite this and the financial mystery, the actress believes that Martin and Ruby are the next power couple.

It is confirmed that when the soap returns to the air on September 7, we will find out what the characters have been doing while in quarantine. For Martin and Ruby, they will have kept themselves quite busy and entertained with each other! However, no soap romance goes without obstacles and drama. Martin and Ruby are no exception.

Eastenders spoilers confirm that Stacey is coming back and will end up confronting Ruby. She will definitely have questions about Ruby moving on with Martin. However, Stacey really couldn’t have expected Martin to remain single all this time and just wait for Stacey to come back. It is teased that Ruby and Stacey could have a confrontation over the romantic issue. However, it is implied that Ruby might not back off and could stay with Martin, even if Stacey isn’t on board with it.

According to Digital Spy, Lytton explained that Ruby’s romance with Martin is the type of relationship the character has always wanted. She said,

“She’s come from a terrible background and been on her own for many years, and when I came back to the show, you could tell that was the type of man she was searching for. So, at the moment, it’s all fun and obviously, Stacey has not been around, and that problem hasn’t happened yet, but obviously she comes back! That’s going to cause a lot of issues and it will be a test of if they are meant to be together and just how intimate the relationship is.”

Eastenders spoilers also reveal that Lytton would love it if Martin and Ruby became a power couple. She definitely sees the potential in that, but will it actually happen? We will have to wait to find out but producer Jon Sen teased that fans will see what Stacey does when she discovers Martin and Ruby’s relationship. He also said that it will be a really big moment when Stacey returns.

What do you think Stacey Fowler is going to do when she finds out that Martin Fowler has moved on with her best friend? What does the future hold for Ruby Allen? We will have to keep watching the BBC soap to see what happens with this storyline.