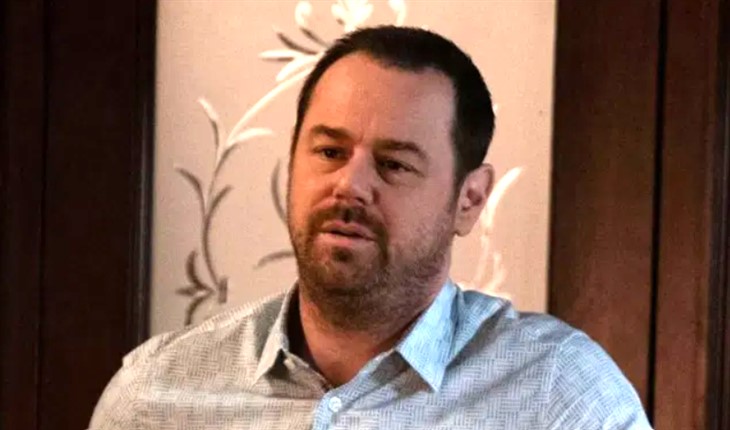 Eastenders spoilers reveal that after the sale of Queen Vic, Mick Carter (Danny Dyer) and Linda Carter (Kellie Bright) started a new chapter in their lives. While Linda ended up getting a job at the launderette, Mick hasn’t been able to find a job. The money from the pub sale is dwindling, which causes stress, tension, and worry about what they are going to do.

The last new episode that aired, Mick and Linda planned on selling the pub to Phil Mitchell (Steve McFadden). However, it was bought out from under him by Ian Beale (Adam Woodyatt) and Sharon Watts (Letitia Dean). Once the sale went through, Mick and Linda moved into a flat to start the new chapter in their lives. It was Mick’s way of helping keep his wife from going back to alcohol.

Eastenders spoilers reveal that Linda has gotten a job at the launderette. So, she found something that keeps her out of the pubs and brings in a little bit of money. However, Mick hasn’t had the same luck and it could prove to be stressful for the couple.

Mick has struggled to find employment and each time that he gets a lead, something happens. According to Digital Spy, Mick confides in Tina Carter (Luisa Bradshaw-White) that he is desperate to get a job. She offers him a position at Prince Albert. However, Kathy Beale (Gillian Taylforth) is showing Frankie Lewis (Rose Ayling-Ellis) around the bar. When Kathy and Tina battle to get the employee that they want, Mick steps out of the equation and lets Frankie have the position.

Mick goes home and explains what happened to Linda. He promises that he will find a job and one that is even better than Prince Albert. However, Linda is becoming really concerned because the money from the Queen Vic sale isn’t going to last forever.

It was previously teased that Mick and Linda will keep secrets from one another that could tear them apart. Could it stem from their money troubles? Will Mick do something shady in order to bring in money? Or could Linda end up doing some dirty deeds in order to keep them afloat? One thing we know for sure is that we will learn more about what set off Mick’s anxiety disorder, which could be directly related to this storyline.