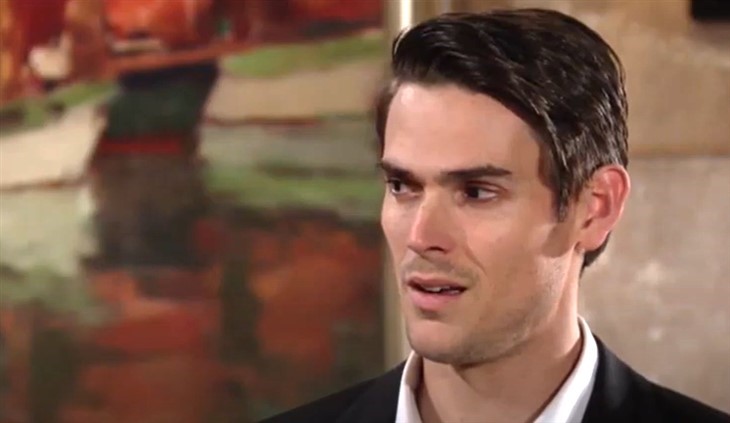 The Young and the Restless spoilers document that Adam Newman (Mark Grossman) isn’t the villain he thinks he is. Viewers saw within his memories that young Adam (Dane West) likely killed A.J. Montalvo (Marcus DeAnda). But, as Chelsea Lawson (Melissa Claire Egan) has been stressing, Adam was defending his mother and himself.

Sharon Newman’s (Sharon Case) therapy sessions have yielded results. But they are already creating tension that may not be sustainable, as Chelsea feared. Guilt, that stems from the way Adam handled his knowledge of Delia Abbott’s (Sophie Pollono) accidental death, has left him reeling.

Unless there’s a new revelation that implicates another character, all available evidence indicates that Adam did directly cause A.J.’s death. Viewers saw West’s version of Adam respond with protective rage after the loan shark threatened young Hope Wilson (Maggie Gwin) and her son in the dining room of the farmhouse in Kansas.

Victor arrived at the farm hours after the incident happened and spoke to George. He provided Victor with visual details of the scene and would have had the incentive to allow Adam’s parents to believe their son was fully responsible if he killed A.J. instead of Adam.

Rey Rosales (Jordi Vilasuso) cares for Sharon and he’s also sworn to seek justice. Both factors imply that Rey will push this issue, regardless of Sharon’s insistence that he drop the matter.

The easy tease, where Sharon and Adam reunite, would be furthered by this type of wedge issue driving Shey apart. Rey said that he doesn’t want to be Sharon’s backup, which underscored his growing unease with Adam reemerging as her number one romantic pursuit.

Adam’s latest crisis has Sharon serving as his savior. While it’s true he’s deeply vulnerable to rapidly unfold events, another therapist should be helping him to approach this most powerful childhood event. But good soap says otherwise and so Shadam might be on a revival path in Genoa City, Wisconsin.