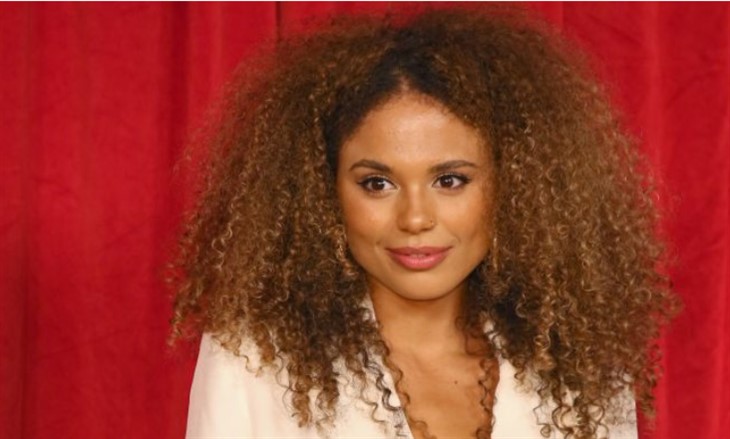 Eastenders spoilers reveal that Chantelle Atkins (Jessica Plummer) finally decides to leave her abusive husband. What exactly happened that made her realize that the abuse was never going to get better? The actress explains what happened during the lockdown and the moment that Chantelle realized it was time for her to get out of her violent marriage.

It is confirmed that when the soap returns to the air on September 7, Chantelle will make the decision to leave her abusive husband. Viewers have been waiting for her to come to the realization that things will never get better; they will just get worse. Something happened in lockdown that led Chantelle to finally make the bold decision to leave Gray Atkins (Toby-Alexander Smith).

Eastenders spoilers reveal that there was a moment in lockdown that led Chantelle to decide to take action. According to Digital Spy, actress Jessica Plummer explained the storyline direction. She said,

“Chantelle is all about keeping up appearances and when you pretend for so long it’s easy to believe your own lie. I think because she was able to drop that pretense during the lockdown, it was definitely the moment that made her realize nothing was going to change. It was her ‘penny drop’ moment realizing that Gray is probably never going to change… despite him going to therapy and all of the promises he made.”

The actress added that being in a confined environment with Gray during lockdown made her realize some things. For one, Chantelle learned that Gray is never going to change. Although he wasn’t as physically abusive to Chantelle when the kids were around, he was mentally controlling.

What About Kheerat Panesar?

It is confirmed that Chantelle turns to Kheerat Panesar (Jaz Deol) for help when she decides to make an escape plan. Plummer explained that she trusts Kheerat more than a lot of other people. Plus, the actress speculated that sometimes, it’s easier to trust a stranger or acquaintance more than someone you know well. She explained that there is less judgment and Chantelle feels safe with Kheerat. She also added that Chantelle just might be starting to develop romantic feelings for him.

Will Kheerat Panesar be able to help Chantelle Atkins leave her abusive marriage? How will Gray Atkins react to the situation when he learns about his wife’s escape plan? Does this tie into the huge story that is coming up for the Taylor family? We will have to wait for the soap to return on September 7 to find out.