Days Of Our Lives News Update: Chrishell Stause Says She Is Single But Is She Ready To Mingle? 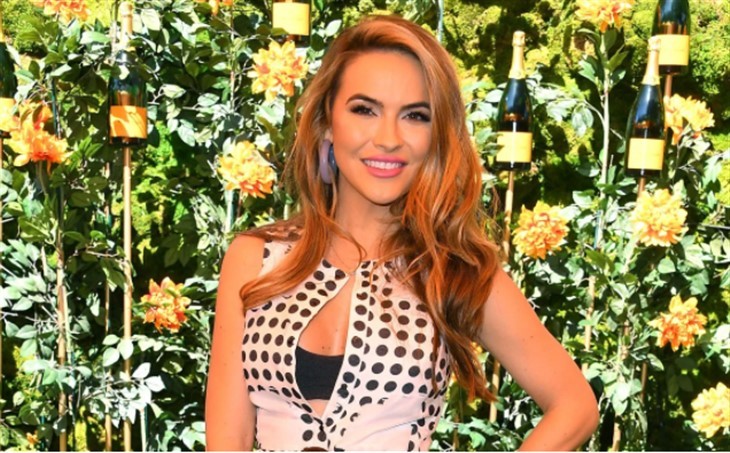 Days of our Lives spoilers reveal that the NBC sudser alum Chrishell Stause is talking about her status as a singleton and what she has to say may shock you.

The vibrant and vivacious woman is now on the surprise breakaway hit Selling Sunset where she has spoken about her separation and divorce from Justin Hartley, formerly Adam Newman on The Young and the Restless and currently starring on This Is Us.

What does Chrishell have to say about her willingness to jump back into the dating pool?

According to the beautiful and talented actress, she is single but being ready to mingle hasn’t happened yet.

“I’m completely single and because of COVID, I haven’t done much mingling,” she told Entertainment Tonight although, “I’m excited to mingle.’”

Justin Hartley stunned the couple’s fans when he filed for divorce from Stause in November 2019. She says that she has gotten dating requests but has deferred up to this point.

But that may be because she will be pretty busy in the coming weeks as the 39-year-old celeb has been tapped to compete on the 29th season of Dancing With The Stars which premieres September 14.

DOOL Spoilers – Chrishell Stause Is Single And Not Yet Mingling

She said some men have approached her on DM. “I have to say I have had a few, yes. Yeah, it’s been – I don’t know how to answer that, I feel so weird. But yes, that has been a nice surprise,” she said.

She added, “There’s a few (people you might now), but I’m not going to tell you who.”

On Selling Sunset she said her divorce blindsided her and Justin has not talked about what made him end the marriage. Nonetheless, Chrishell said she is in a “positive space” now.

Stause said she thinks her Selling Sunset co-stars will be happy for her stint on DWTS.

“I think the majority of them are going to be so excited for me. They’re gonna be cheering me on. Not all of them, let’s be honest, but that’s OK.”

Stause could be referring to Christine Quinn with whom she has been quarreling.

“I’m just so past her opinion and caring about it, so she’s earned that at this point. Trust me,” added Chrishell.