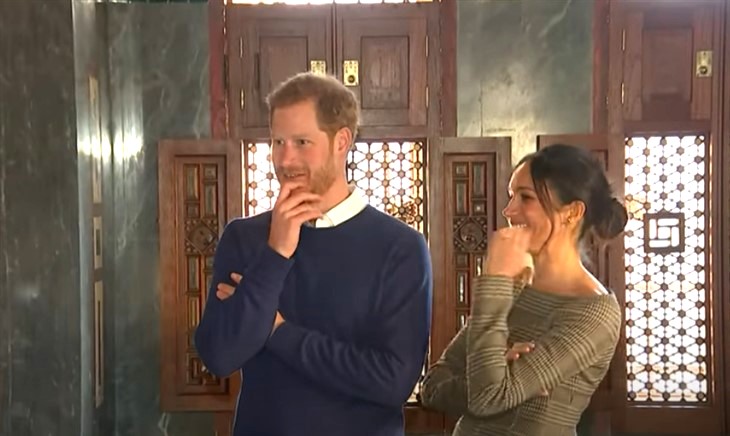 Now that Meghan Markle and Prince Harry have reportedly inked a lucrative production deal with Netflix (not based on their resume I think it’s safe to assume), it’s time for the royal family to go over their extravagant deal with a fine-tooth comb.

While this deal is something the pair have apparently secured on their own and is not a part of any official royal duties, The Firm allegedly will still be involved in the details.

An insider has told The Mirror (via The Express) that the contract signed by Meghan and Harry will be duly, “scrutinized by the royal household.” Why? Because this was part and parcel of their Megxit agreement. When Harry and Meghan threw down their royal titles they agreed to certain terms and apparently scrutiny of future employment was one of them.

According to the source, “Harry and Meghan did leave as working members of the family with everyone’s best wishes and it is sincerely hoped they find the happiness that appeared to be lacking in their lives,” the source said. “However, it goes without saying any deals they are making will be scrutinized by the royal household.”

The source went on to say that, “Under the terms of their deal to forgo their royal duties, they agreed any commercial deals would be subject to discussion. This deal with Netflix, any speaking engagements or other corporate work is examples. Both the Royal Family and senior courtiers will be aware of how this looks to the public, especially as the couple has not yet paid back the £2.4million they promised to refund to the taxpayer for Frogmore Cottage, which will be their UK base.”

Well, that’s one way of shooing the elephant out of the room. Now that these two have a job, the British taxpayers will no doubt be keen to get back the money they splurged on Meghan Markle and Prince Harry prior to their public snubbing.

The Markle’s Have Reportedly Signed A Production Deal With Netflix

Meghan and Harry have claimed that they have every intention of repaying what they owe to the good citizens who funded their lavish lifestyle before Megxit. Let’s hope they mean that because the world is watching. Now that they have a lucrative contract will they put their money where their mouth is?