Days Of Our Lives Spoilers: Abigail’s Return To Salem Is Anything But Pleasant 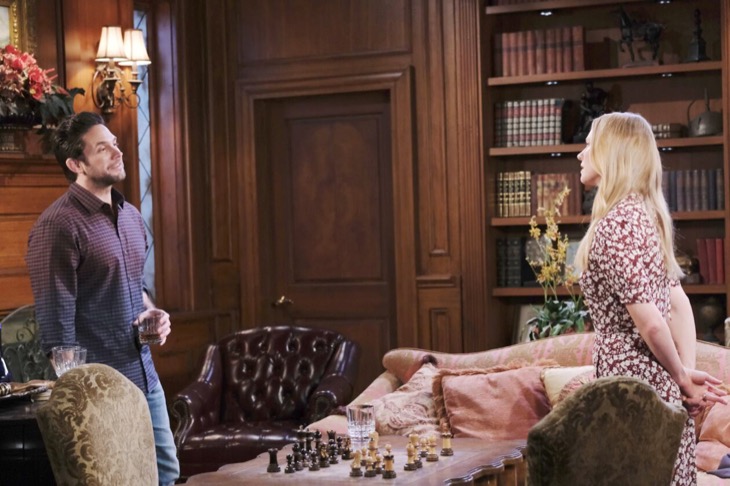 Days of Our Lives spoilers say that Abigail Deveraux’s (Marci Miller) return to Salem is going to be anything but pleasant as she is going to get the homecoming that she certainly didn’t expect. That’s because it looks like Chad DiMera (Billy Flynn) will give her quite the surprise when she finds out that he wasn’t as faithful as he said he was going to be. Here’s what you need to know.

Days Of Our Lives Spoilers: Abigail’s Return To Salem Is Anything But Pleasant

Actress Marci Miller, who plays Abigail Deveraux on the hit NBC soap, puts it this way to Soap Opera Digest in a new interview, “It’s reassuring for Abigail to hear that to some degree, but it doesn’t erase that potential thought out of her mind. Abigail trusts her instincts, and she has a decent amount of instinctual intelligence. So, she doesn’t release the idea fully.”

Days of Our Lives spoilers say that later on Jake Lambert (Brandon Barash) interrupts the two of them and voices his suspicion that there might be something going on between Chad and Gwen Davies (Emily O’Brien). However, Abigail is pretty adamant that is not possible. Or at least, that’s what she wants to tell herself.

Marci continues, “She’s done a lot of work on herself to try to not let herself believe worst case scenarios until there is a reason. And she’s confident in Chad. But once that seed is planted, she has to clear it up and get to the bottom of it.”

Days Of Our Lives Spoilers: What’s Next For Abigail?

However, DOOL spoilers tease that Chad will come clean with his wife and Jake will reveal that he actually saw him kiss Gwen. It doesn’t take much for Abigail to give Chad the hard slap across the face that he needs. Now, what happens next remains to be seen but it looks like Abigail will have a lot of trust issues moving forward. Of course, DOOL fans will have to tune in to find out what happens next. Days of Our Lives airs weekdays on the NBC network. Check your local listings for times.