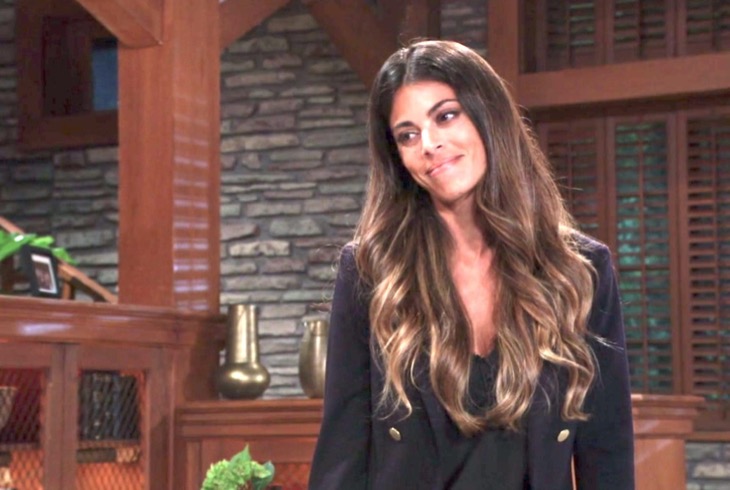 General Hospital spoilers reveal that former daytime actress Lindsay Hartley has been a very busy lady recently. She recently wrapped up a guest fill-in stint for one GH actress and now she has a couple of new projects to promote.

Hartley will be in an upcoming Lifetime movie and one that she has written, a movie called Love at Cedar Creek which just wrapped up production.

In the movie Love at Cedar Creek Hartley collaborated with Alikona Bradford. The film follows a serious career journalist who begins to feel as if there is more to life and that she could be missing out on something.

The heroine decides to take a trip to a ranch that was the setting in a novel that was given to her by her late mother. Good things happen there as you might guess!

At the ranch, the woman meets the author of the novel and becomes involved with the writer’s grandson.

Love at Cedar Creek is a film that explores the journey of falling in love. At the same time, the protagonist reconnects with what is important to her and she has an opportunity to honor her late mother.

Lindsay Hartley played Theresa Lopez-Fitzgerald Crane Winthrop on Passions, Cara Castillo on All My Children, and Arianna Hernandez on Days of Our Lives.

She recently filled in on GH for Kelly Monaco in the role of Sam McCall. Monaco encountered a breathing issue with her required mask on set, and was out for a brief period.

Fans were thrilled to see Hartley back on daytime if only for a brief visit. She herself enjoyed the stint, talking to social media to give a shout out to fans and Monaco and relay what a blast she had on set.

Will we see her back in daytime anytime soon? There is no word on a possible return for the beautiful and talented actress but you can see her in her new projects, an upcoming Lifetime movie, and Love at Cedar Creek!