The Young And The Restless Spoilers: Sharon’s Nightmare Returns – What You Need To Know! 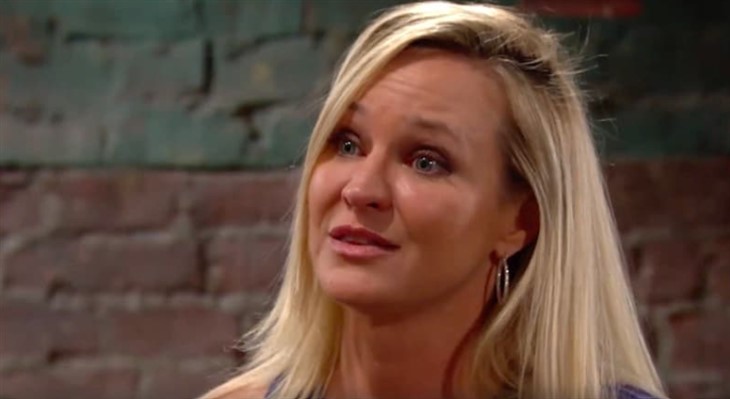 The Young and the Restless spoilers indicate that Sharon Newman’s (Sharon Case) nightmare with her cancer battle will continue. Here’s what you need to know.

The Young And The Restless Spoilers – Sharon Newman’s Nightmare Returns

Sharon Case, who plays Sharon Newman on the hit CBS soap, tells Soap Opera Digest in a new interview that when her doctor called her for an in-person visit, she knew that he would not be giving her good news. Sharon told the publication,

The Young and The Restless News Update: Jess Walton Has Two Thrilling Family Events Coming Up

“Even good news would be overwhelming because you reflect on what you have been through and what kind of damage this has done to your life and how you want to pick up the pieces moving forward. But if the news is bad, she doesn’t want to feel self-conscious about how to act in front of anyone else. If she’s alone, she can let it wash over her and then talk to the doctor.”

The Young and the Restless spoilers indicate that despite Sharon’s explanation, her boyfriend Rey Rosales (Jordi Vilasuso) implores her to let him come. But because Sharon has such an independent streak and doesn’t want anyone feeling sorry for her, Sharon explains that she needs to be alone this time.

The actress continued, “There’s certainly value in having someone else there but Sharon needs to be along this time. There will be other doctor follow ups that Rey can be a part of. This is an important visit for her. She’s gone through treatment and surgery, so she’s been facing this down for a while now and she has the strength to do this part on her own.”

The Young And The Restless Spoilers And Rumors: Theo Sleeps With Victoria To Get A Job At Newmanhttps://t.co/6hHX0HtbJh

Y&R Spoilers: Rey Rosales Wants To Be By Sharon Newman’s Side, But She Has Someone Else On Her Mind

With her personal life pulling her in different directions and now her cancer coming back again, it seems like Sharon is dealing with one battle after another. While Rey wants to be by Sharons’ side for everything, little does he know that there is another man that has been on Sharon’s mind. Of course, The Young and the Restless fans will have to tune in for all of the action!