The Young And The Restless Spoilers: Amanda Wants To Be Team Billy, But Will She Become Team Devon? 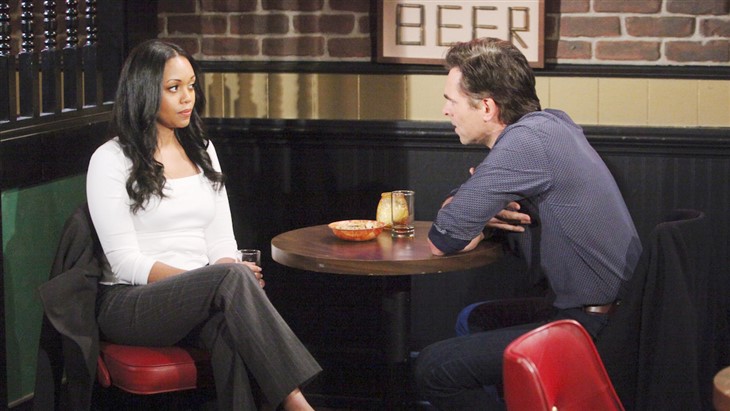 The Young and the Restless spoilers document that Amanda Sinclair (Mishael Morgan) has just started dating Nate Hastings (Sean Dominic). But she also directly discussed whatever feelings she and Billy Abbott (Jason Thompson) continue to have for each other. Billy played dumb during that downward conversation at Chance Com.

Meanwhile, Devon Hamilton (Bryton James) will likely be part of Amanda’s quest for her genetic truth. The probable outcome will see Hilary’s identical twin sister identified. And with that, a part of Hilary will be alive, which may prove to be a powerful draw to Devon over time.

The Young And The Restless Spoilers: Sharon’s Nightmare Returns – What You Need To Know!

The Young And The Restless Spoilers – A Real Bond Formed

Nate is calm, accomplished, and classy. Billy often is goofy.

Amanda was forced into a vulnerable position after her ex-boyfriend, Ripley Turner (Christian Keyes) unexpectedly came to town. He didn’t accept that she ended their relationship and soon made it known that he was demanding her back.

Billy wasn’t a goof in that situation. He became Amanda’s friend and didn’t take advantage of her weakened state of mind in any way. She formed a bond with him at that point, or maybe it’s more accurate to say that each person bonded with the other.

Young And The Restless Spoilers – Why Not Nate Hastings?

Amanda is clearly attracted to Nate. Interestingly, Elena Dawson (Brytni Sarpy) raised the subject of his attractiveness, though Devon’s significant other hasn’t fallen for Nate yet.

The appeal that Nate offers is that he’s definitely not Ripley. But Nate also is the opposite of Billy. Dominic’s character projects stability and thoughtfulness. He shares those traits and some others with Hilary.

Billy and Nate are opposites. So, using the old school theory of opposites attracting, Amanda likes Billy purely because he’s who she isn’t, but wants to be somewhat more like.

The Young And The Restless Spoilers: Sharon’s Nightmare Returns – What You Need To Know! #yr #youngandrestlesshttps://t.co/HughC4RRPk

Devon is in love with Elena. While his soul responded to the physical similarity between Amanda and Hilary, he’s committed to Sarpy’s character.

However, Devon will naturally explore his feelings if Amanda proves to be Hilary’s identical twin. How could he not, as the impossible will have come true?

No, Hilary won’t have been found alive. Instead, her previously unknown sister will be revealed, which will radically alter many people’s daytime worlds.