Days Of Our Lives Spoilers: What Happens To Nicole After Eric Leaves? Show Bosses Tease Future 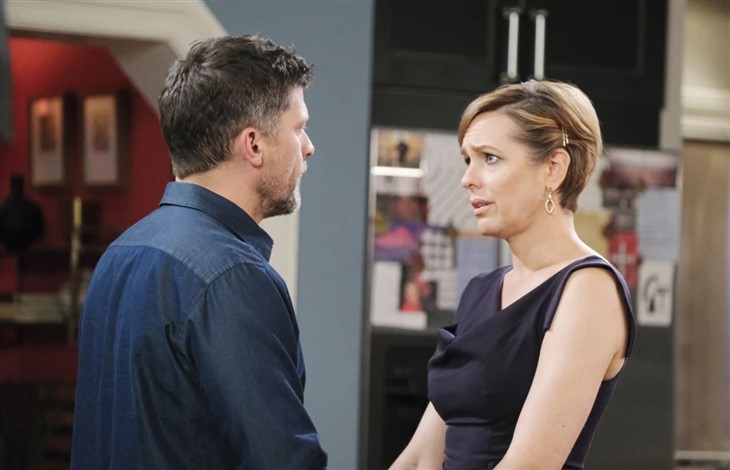 Days of Our Lives spoilers previously confirmed Greg Vaughan is exiting, which means Eric Brady will be leaving Salem or being recast. With “Ericole” being newlyweds, what does this mean for Nicole Walker Brady (Arianne Zucker)? Show bosses tease that Nicole is going to be spending a lot of time with Allie Horton (Lindsay Arnold).

Days Of Our Lives Spoilers – Greg Vaughan Is Leaving

DOOL spoilers confirm that Vaughan has announced his exit. The actor said that at the time, nobody knew what was happening with the soap renewal. Plus, he didn’t feel like he was being treated as an important character, just a “glorified extra.” Speaking about Vaughan’s exit, executive producer Ken Corday told Soap Opera Digest said that there was nothing he could do to stop the actor from leaving.

Days Of Our Lives Spoilers: Tripp Is Making It An Extended Stay In Salem

Days of Our Lives spoilers reveal that Eric is not being killed off and won’t go back to prison. It is teased that he will get an offer that he can’t refuse, which sounds a lot like how Sonny Kiriakis (Freddie Smith) and Will Horton (Chandler Massey) left Salem. But what about Nicole? Well, it turns out that she is sticking around.

In a photo caption of SOD, it is stated that Nicole’s future will be her spending a lot of time with Allie, which means the young woman eventually comes back. Whether Nicole gets her baby or Allie comes back to raise the child herself is not known at this time. However, Allie does come back and will continue to bond with Nicole. We’re not sure how Sami Brady (Alison Sweeney) will feel about this. However, if Sami doesn’t back off, she will lose her daughter forever.

Days Of Our Lives Spoilers: Tripp Is Making It An Extended Stay In Salem #Days #DOOL #DaysOfOurLives https://t.co/Uvdp5msJeP

Are you glad that Nicole Walker Brady is staying in Salem, even when Eric Brady leaves? What do you think is going to happen with Allie Horton and the custody battle?