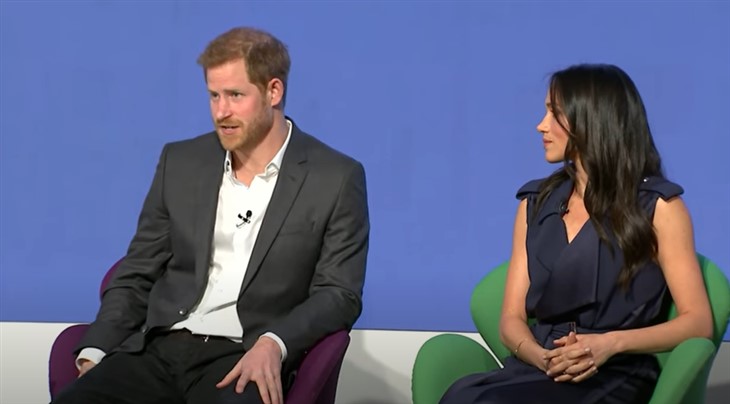 Those who have been keeping up with news concerning Prince Harry and Meghan Markle know that the former senior members of the British Royal Family have been quite the spenders since leaving the UK. Of course, Meghan and Prince Harry spent a wild amount of money even before stepping back from their Royal duties too, but nothing compared to afterward.

From spending obscene amounts on Meghan Markle’s maternity wardrobe, to jet setting here and there all over planet Earth, to paying large sums to rent a massive, waterfront mansion on Vancouver Island in Canada, to purchasing an ultra-exclusive home in Montecito, California … the Duke and Duchess of Sussex have become known for their excesses.

Now, Chris Ship, the royal editor at ITV News has pointed out that the recent Netflix deal, which Prince Harry and Meghan Markle signed couldn’t have come at a better moment. With Meghan and Harry spending money as if it were as abundant as water, some believe the couple’s lavish lifestyle may have emptied their coffers too much, too fast.

Some believe that Prince Harry and Meghan Markle’s new $14.5 Million home in the celebrity-filled neighborhood of Montecito in Santa Barbara could be a large reason for hastily signing a mega-deal with the American technology and media services provider. As Maggie Rulli, an ABC News foreign correspondent wrote, Harry and Meghan Markle’s new house definitely played a “major part” in the couple’s business decision.

As most know, the deal with Netflix may have netted Prince Harry and Meghan Markle well in excess of $100 Million over the course of five years. In fact, Meghan and Harry might even make up to $150 Million. That brings Harry and Meghan’s income from Netflix to $30 Million per year. That’s nothing to sneeze at, and of course, if Harry and Meghan Markle are able to add any other sources of income to that figure, such as from speaking engagements from the Harry Walker Agency in New York, the couple could be sitting pretty for some time to come.

Prince Harry And Meghan’s Expenses Must Be Covered

In case people have forgotten, Prince Harry and Meghan Markle still owe all the money they promised to pay back to British taxpayers following their renovation of Frogmore Cottage in Windsor. Although Queen Elizabeth gifted the real estate to Meghan Markle and Prince Harry on their wedding day, the couple weren’t happy with things as they were.

Therefore, when Harry and Meghan chose to do some renovations, the British public paid for it on their dime. In any case, Prince Harry and Meghan Markle promised to repay that debt, which is somewhere in the neighborhood of £2.4million. Of course, that sum doesn’t include the rent, which Meghan and Prince Harry still must pay on Frogmore.

Then there’s the cost of Prince Harry and Meghan Markle’s security. Up until now, Prince Charles has covered that expense (also out of taxpayer money). Finally, the mortgage on their new $14.5 Million estates in Montecito is about £7.5million ($9.97 Million).

Should We Be Rooting Against Meghan And Harry’s $150million Netflix Deal? https://t.co/mmKVnnndZn pic.twitter.com/wBbxDXjCjY