The Young And The Restless Spoilers: Victor’s Loyalty To Adam Causes Marriage Trouble, Victor Moves Out? 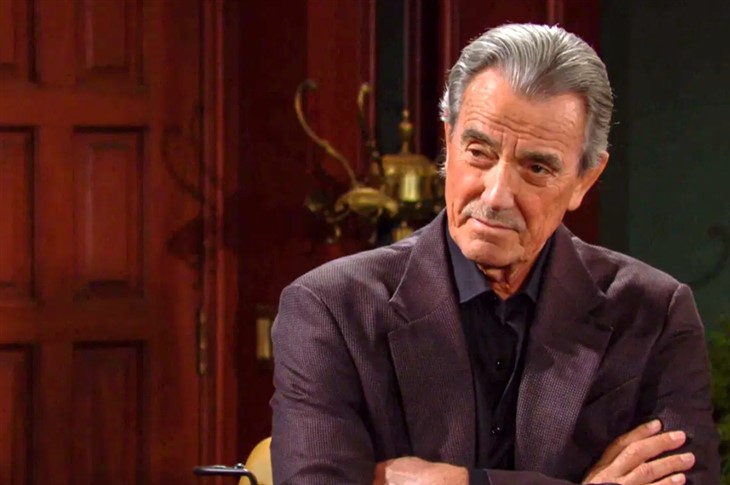 CBS The Young And The Restless spoilers document that Victor Newman (Eric Braeden) must stand by his son. No matter what the consequences are for himself, including marital strife, the Moustache will do all that he can to shield Adam Newman (Mark Grossman) from facing the consequences of what happened in Kansas.

As Y&R fans know and now Alyssa Montalvo (Maria DiDomenico) suspects, Adam was also involved in another man’s more recent death. That incident took place in Las Vegas, Nevada. The impact of both dangerous secrets being revealed will not only affect Adam’s life but also Niktor’s.

The Young And The Restless Spoilers: Amanda Wants To Be Team Billy, But Will She Become Team Devon?

The Young And The Restless Spoilers – Nikki Newman Protects Her Husband

Victor is managing his rare blood disease. Nikki Newman (Melody Thomas Scott) is managing her Multiple Sclerosis. Both of these mature married people have been looking out for each other as of late, rather than fighting, which is great for them and Niktor fans.

However, Nikki’s attempt to protect her husband from undue stress has been derailed by Adam’s latest crisis. Now, as Grossman’s character attempts to deal with what’s happened, Victor will be drawn in deeper.

This matter has never really been buried. Despite all that Adam and Chance Chancellor (Donny Boaz) did to try and coverup the death of a bad guy suspect, they actually just delayed the inevitable.

The referenced widow of the deceased man doesn’t know her husband is dead or is believed to be in the dark in this regard. But Alyssa somehow gained information about what happened in Las Vegas, Nevada, or has made contact with the widow.

The above spells major trouble for Adam and Chance, which is why Boaz’s character needs to get in touch with the former Spider. However, Adam has stashed himself in a hotel that appears to be on the outskirts of Genoa City, Wisconsin, or in some other remote location, with only Sharon Newman (Sharon Case) aware of his whereabouts.

The Young And The Restless Spoilers – The Escape Club Becomes Home?

Nikki has often left Victor, generally checking into the Genoa City Athletic Club in days gone by. New sets have the Grand Phoenix hotel as the main home away from home, or, as Phyllis Summers (Michelle Stafford) hopes, an escape from reality.

Of course, hardcore Y&R fans know that Niktor is eternal. And it appears as though TPTB want this ultimate legacy couple to stay together. So even if Nikki needs to hit the Escape Club at the GPH, due to Adam related events, she’ll still return to her one, true love. But plenty of Newman drama will be seen, regardless.