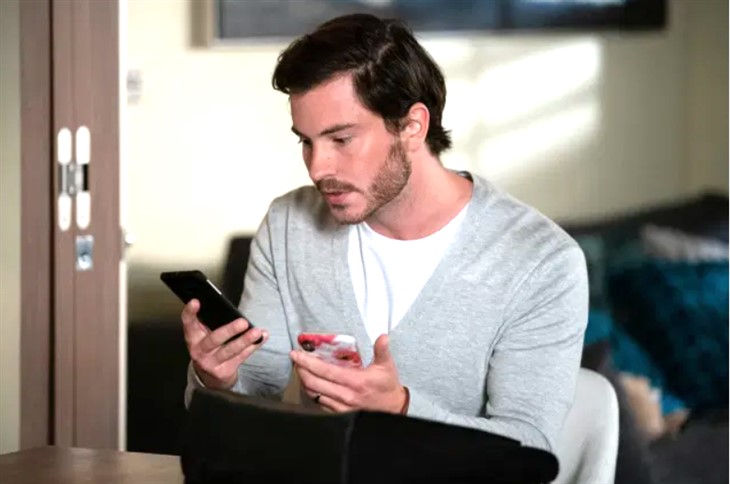 Eastenders spoilers for the week of September 14 reveal that Gray Atkins (Toby-Alexander Smith) stalks Chantelle Atkins (Jessica Plummer) and drags her home while she’s on vacation with the Taylors. Also, Callum Highway (Tony Clay) is questioned about his relationship with the Mitchells and Ian Beale (Adam Woodyatt) is publicly exposed to financial crimes.

Chantelle plans her escape and packs to go on a Taylor family holiday. Gray assumes it’s a story, but is shocked when the Taylors show up. Chantelle begs her husband to let her go but has already told Kheerat Panesar (Jaz Deol) that she’s not coming back. Later, Gray makes a bold move to maintain control. The attorney convinces his in-laws that the kids should stay with him, which horrifies Chantelle and makes her feel like she’ll never escape.

Eastenders spoilers for Tuesday reveal that Mitch Baker (Roger Griffiths) knows something is bothering Chantelle. He tries to get her to open up, but she claims to just miss the kids. Mitch goes to Walford to get Chantelle’s children but comes back with Gray.

Also, Ian will have a meeting with the councilor to become the Chair of the Planning Committee. However, Max Branning (Jake Wood) barges in and accuses Ian of cleaning out his bank account.

On Thursday’s episode, Chantelle discreetly calls Kheerat, but after she goes back to the B&B, she is shocked to see Gray. Later, things get even worse when Gray demands that Chantelle and the kids return with him to Walford. He has already put the children in the car, so the abused wife feels like she has no choice. Mitch notices the terrified look on Chantelle’s face as they drive away.

Meanwhile, Ben Mitchell (Max Bowden) fills Callum in on the situation with Danny Hardcastle (Paul Usher). At the stag party, Callum asks Ben if he still wants them to move in together. But things will get intense when Callum is questioned by his boss about his relationship with the Mitchell family.

Eastenders spoilers reveal that on Friday’s episode, the Atkins family will arrive back in town. Chantelle decides to be brave and tells Gray that she is leaving him. Unfortunately, her life will come to a violent and abrupt end.