General Hospital Spoilers: 3 Characters That Kim Delaney Could Be Playing On GH 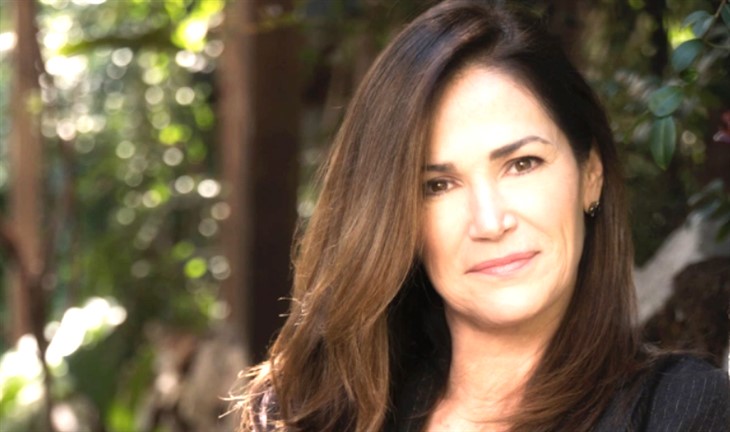 AMC alumni Kim Delaney has joined the GH cast as what is a mystery character, at least presently. Here are three key characters that Kim could be playing on GH.

General Hospital’s Brook Quartermaine (Briana Lane) has been injured and could certainly use her mother. Brook is disgusted with her father Ned Quartermaine (Wally Kurth) who threw her out of the house and basically disowned her. Brook cannot forgive or forget how cruelly her father treated her. Brook also has no idea if she will ever be able to sing again.

Brook needs someone to lean on and her mother would be the most likely person Brook may have fallen out with her mother over her singing character but at least Lois Cerullo (Lesli Kay) hasn’t kicked her out on the street. Kim could have been recast as Brook’s mother due to the unavailability of a previous portrayer. Could Kim be coming in has Lois to help Brook?

General Hospital’s Anna Devane (Finola Hughes) has been pushing Hamilton Finn (Michael Easton) to invite his father and step-mother to their wedding. Very little information has been released about the stepmother. We know she’s younger than Finn’s father and they married quickly after Finn’s mother’s death. Could Kim have been cast as the mysterious stepmother?

After all, Harrison Chase (Josh Swickard) is going through a lot right now and could use some support from his parents. Chase hasn’t told anyone about breaking up with Willow Corinthos (Katelyn MacMullen) so his mother is certainly going to want answers. Are we going to finally meet the stepmother?

General Hospital’s Curtis Ashford (Donnell Turner) has exposed a connection to Cyrus Renault (Jeff Kober) on Wilson Street. Cyrus has refused to reveal who this person is but perhaps that will be revealed soon. Could Kim be playing this mysterious person?

Perhaps Kim is a relative of Cyrus’ that is at this address, maybe a sister? Could there be a more romantic connection between the two? Perhaps Cyrus has been dating this woman and hiding her from his enemies? Could Cyrus and this woman have a child or even children together?

These are just a few ideas of who Kim could be playing when she hits our GH screens. Is Kim’s character going to be related to someone who is already onscreen or is she a new character with no attachment to anyone? Could she even be the jewelry that Jasper Jacks (Ingo Rademacher) and Nina Reeves (Cynthia Watros) are searching for? It will be interesting to see who this character is tied to in Port Charles.