The Bold And The Beautiful Spoilers: Finn And Steffy Take Next Step In Relationship Step – Heading Towards B&B Super Couple 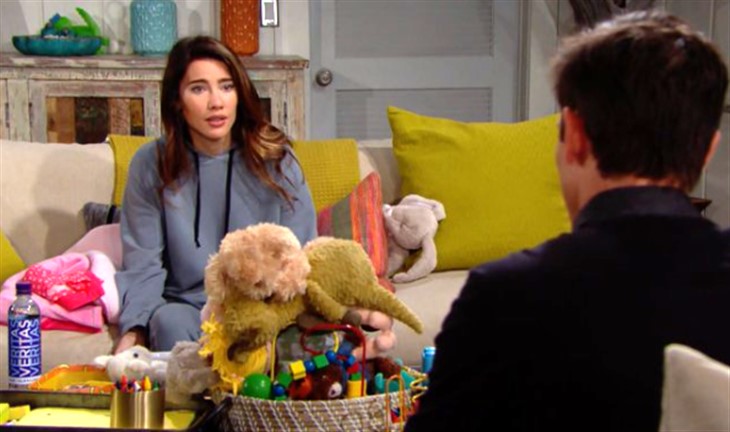 The Bold and the Beautiful spoilers document that John Finnegan (Tanner Novlan) and Steffy Forrester (Jacqueline MacInnes Wood) quickly moved from a doctor-patient connection to friends. Now, they will be taking the next step toward a personal relationship.

B&B fans will witness Finn continued expressions of fondness for Steffy and her accepting responses. While he’s not in love with her yet, Novlan’s newly introduced character surely is falling for the lady he’s been treating for more than a month.

The Bold And The Beautiful Spoilers – Steffy Forrester Deserves Love

Even devoted Steam fans have to admit that their favorite couple ran out of gas. Yes, Steffy and Liam loved each other intensely at one point in time. But after awhile Wood’s character was pulling the full load in their relationship, with Liam Spencer (Scott Clifton) redirecting his emotions to Hope Logan (Annika Noelle), the other woman he loves.

Steffy deserves a man who is fully dedicated to her, rather than having split feelings, or, as was the case with Liam, focused on another woman. This in no way lessens the sincerity of the parental efforts that she and Clifton’s character exhibit. They are doing a good job of raising Kelly Spencer (Avalon and Colette Gray), which tags them as solid parents.

Life should be about more reflecting on yesterday while looking, wistfully at the photo of Steffy and Liam on the cliff house wall. Instead, it’s becoming more about Finn’s presence and what that may mean for the future.

It wouldn’t be ethical for Finn to continue as Steffy’s doctor after they enter what projects as a romantic relationship. Simply being good personal friends would create challenges.

So, if Finn refers Steffy to another doctor to handle this part of her recovery, then the couple’s status will be greenlighted. But if Finn isn’t able to sign-off, then trouble will likely follow, as conflict will exist between what’s medically best for Steffy and the natural, emotional entanglements that are in the doctor’s mind.

The Bold And The Beautiful Spoilers: Thomas Needs To Work – Really Wants To Change His Life? https://t.co/bZHrRyNiG1 pic.twitter.com/m604fCglwY

The Bold And The Beautiful Spoilers – Pain Issue Persists

The intensity of the physical pain Steffy is enduring is real. But, as Finn, intuitively mentioned, she’s also suffering from the aftereffects of emotional pain.

The dangerous ground that Steffy is on has her relying on medication to blunt the lingering symptoms that resulted from injuries suffered in her motorcycle accident and the heartache she’s been dealing with long before Bill Spencer (Don Diamont) accidentally ran into her.

Finn’s job was to care for Steffy’s physical needs. Now, as he’s hoping to become her significant other, the role he’ll take on will shift to helping Steffy not only heal, but also to reclaim her upbeat, optimistic nature.