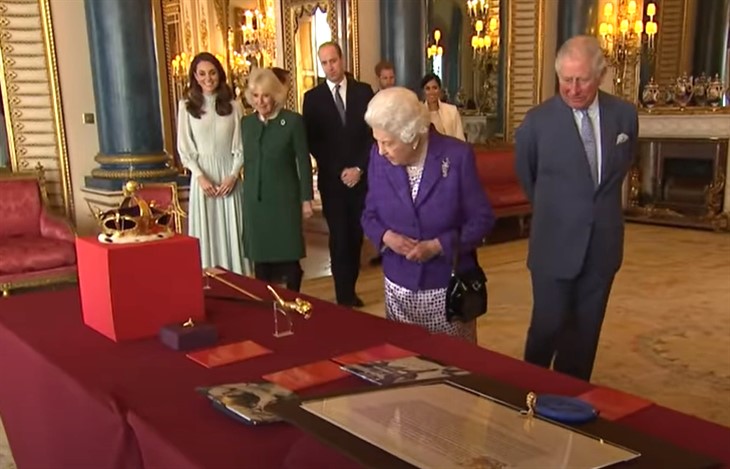 Prince Harry and Meghan Markle just scored a mega Netflix production deal. All is well in the kingdom apparently, with the pair playing off their UK debt, and their idle hands finally busy with something tangible. So why are the royals squirming according to one royal expert?

Harry and Meghan needed a job after buying a $14million mansion in Santa Barbara. Word is their new Netflix deal that could be worth as much as $150million. But these two-game players haven’t given up their old tricks as it’s now known that they failed to tell the Queen about their Netflix deal before announcing it to the world. Oops, they did it again?

Instead, aides who heard about it along with everyone else had to fill her in. Tsk, tsk, Harry and Meghan are still keeping up the passive-aggressive antics apparently.

Harry And Meghan Have A New Venture To Make Documentaries, Feature Films, And Children’s Programming

Royal watcher Victoria Murphy wrote in Town and Country, that now the family is, “looking over its shoulder,” saying, “Family members will be hoping that Harry and Meghan stick to the pledge that they made to uphold the values of Her Majesty,” in “everything they do.”

Although Harry and Meghan are no longer working royals their conduct definitely reflects on The Firm. A source told Fabulously, “Her Majesty is all too aware of the pitfalls of when senior royals embark on lucrative projects – Prince Edwards’ production flop and some of the deals Sarah Ferguson has signed over the years to name a few.”

Harry and Meghan have been given something out of the blue–a production company to make documentaries, feature films, scripted shows, and children’s programs. It is unprecedented as they have no experience doing anything of the sort.

Yet they have promised to make, “impactful content that unlocks action,” whatever that means.

Still, it is said that royal officials, ‘will examine Harry and Meghan’s Netflix deal,” since they agreed to such approval of any new business venture at the time they quit public life.

A source told the Mirror, “Harry and Meghan did leave as working members of the family with everyone’s best wishes and it is sincerely hoped they find the happiness that appeared to be lacking in their lives. However, it goes without saying any deals they are making will be scrutinized by the royal household.”

“Under the terms of their deal to forgo their royal duties, they agreed any commercial deals would be subject to discussion.”