The Young And The Restless Spoilers: Chelsea’s Serious Concerns About Adam Justified – Sharon Is A Threat 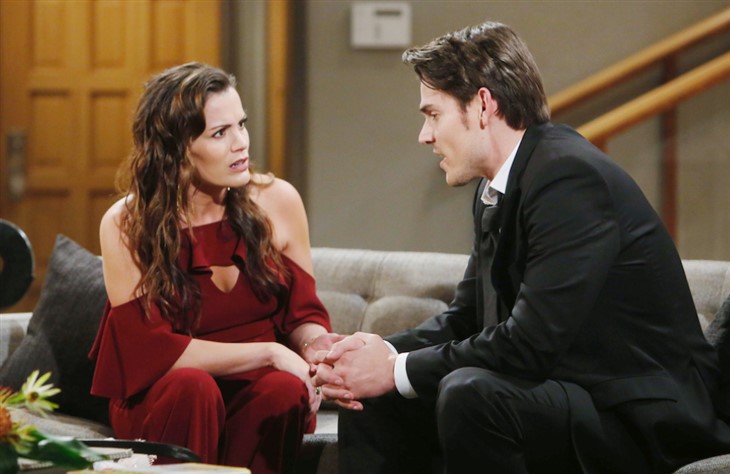 The Young and the Restless spoilers document that Chelsea Lawson (Melissa Claire Egan) is right to be concerned about many issues involving Adam Newman (Mark Grossman). He’s distraught after learning what he did to A.J. Montalvo (Marcus DeAnda), left the penthouse, and didn’t tell Chelsea where he was going, or for how long, and is using Sharon Newman (Sharon Case) as his lifeline.

These rapid developments appear to be leading to a climax that may dramatically impact many lives in Genoa City, Wisconsin. Chadam wasn’t in trouble before Adam forced Victor Newman’s (Eric Braeden) hand, with Kansas reveals radically changing reality.

The Young And The Restless Spoilers: Victor’s Loyalty To Adam Causes Marriage Trouble, Victor Moves Out?

The Young And The Restless Spoilers – Adam Newman Crossed The Line

No, Adam didn’t cross the line in Kansas, as he believes. Grossman’s character is beating himself up far too much for an incident that happened when he was just a boy.

That referenced incident was his fully justified defense of his blind mother, Hope Wilson (as most recently played by Maggie Gwin), being threatened in her own home by A.J., who was attempting to collect money that was owed him. Adam’s act, in pushing DeAnda’s character, led to that man’s accidental death in the dining room at his mother’s farm.

It was actually Adam’s manipulation of Alyssa Montalvo (Maria DiDomenico) and then chiding of his father, in using the information Alyssa uncovered, that caused Victor to confirm the truth. Adam has since blamed Braeden’s character for being overly protective.

Sharon was so disturbed by Adam’s threat to leave GC and never return that she agreed to continue as his therapist. His resulting move to a motel on the outskirts of town wasn’t truly a sign of selfishness of Adam’s part, but more an indication of the desperation he’s feeling.

Thankfully, Adam provided Sharon with his address and then reached out to her. Still recovering from cancer surgery and anticipating her pathology results, Sharon dropped everything and bee-lined to Adam’s motel room. She was able to use relaxation techniques to help him fall asleep. But his startling awakening, while took place a while after she left, affirmed the pressing need for him to receive mental health treatment.

Sharon has been put into yet another awkward situation by Adam, whose personality and backstory causes him to make demands on those he cares about. Whether Adam loves Sharon more than Chelsea is intriguing.

As devoted fans recall, Adam and Sharon reconnected romantically many months ago, while both people were single. So Shadam isn’t a fond memory from the 2010s, it’s still living within the hearts and minds of both halves of this one-time couple.

Chelsea recognizes the type of threat Sharon represents. Whether Chadam will survive, or be replaced by another edition of Shadam remains to be seen on Y&R.