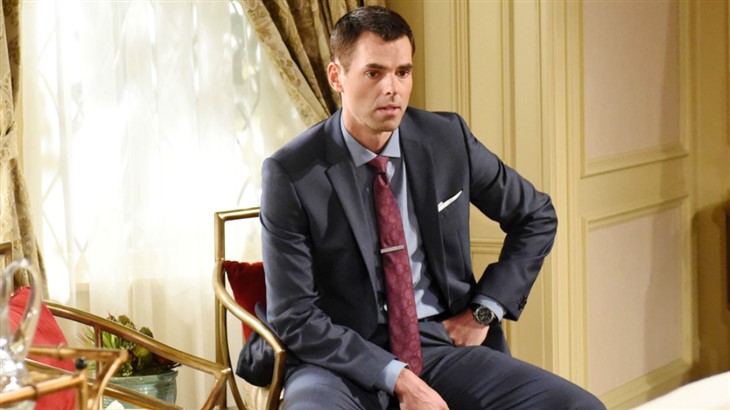 The Young and the Restless spoilers indicate that Billy Abbott’s (Jason Thompson) quest for revenge against Adam Newman (Mark Grossman) will end up costing him.

As Y&R fans are well aware, Billy holds Adam responsible for the death of his daughter Delia Abbott (formerly Sophie Pollono). Even though it was an accident with Adam not knowing he’d hit Delia, Billy still blames him.

Throughout the years, Billy has tried to let his anger go, but can’t.

Last year, Billy spiraled out of control to the point he developed Dissociative Identity Disorder. His alternate personality led him to do dangerous stuff, including trying to run over Adam.

With Victoria Newman’s (Amelia Heinle) help, it seemed Billy was on the road to recovery and ready to move on with life.

But his quest for revenge against Adam is once again coming back.

The Young And The Restless Spoilers: Chelsea’s Serious Concerns About Adam Justified – Sharon Is A Threat

Billy’s hatred towards Adam has been brewing for a while. Not only has Adam hurt Billy, but also Victoria and the rest of the Newman family.

Billy knows Adam’s not going to stop in his diabolical plots, and it’s time that he paid for his actions.

That’s when Alyssa Montalvo (Maria DiDomenico) comes in. Billy knows Adam’s hiding something about his past in Las Vegas and needs Alyssa’s help in uncovering the story.

Alyssa is already upset with her childhood pal Adam for killing her father. With anger boiling, Alyssa wants to take down Adam and agrees to join Billy.

Billy thinks that his plan to expose Adam’s crime in Las Vegas will rid everyone of him once and for all. However, Billy’s revenge plot will backfire and may end up costing him everything.

When the truth about Vegas is revealed, Adam and Chance Chancellor (Donny Boaz) will be in trouble, and potential dangerous. While Billy thinks he’s doing the right thing exposing Adam’s crime, what he doesn’t realize is that he’s putting his family at risk. If the people from Vegas learn about Adam and Chance’s whereabouts, they’ll come to Genoa City seeking revenge, and possibly hurting Billy’s niece Abby Newman (Melissa Ordway) and other members of the Newman family.

The Young And The Restless Spoilers: Chelsea's Serious Concerns About Adam Justified – Sharon Is A Threat #yr #youngandrestlesshttps://t.co/z18QCIwUbT

If Victor Newman (Eric Braeden) gets word about Billy’s involvement, Mr. Abbott can expect payback from The Moustache. Victor is very protective of Adam, even if his son has done horrible stuff in the past. If someone puts Adam’s life in jeopardy, Victor will see to it that they pay.

Aside from dealing with Victor’s wrath, Billy’s actions could also end up costing him his kids. Billy’s children mean more than anything to him, but if Billy does something to endanger them; Victoria is going to make sure he doesn’t see them ever again.

While Billy is set on taking his revenge against Adam to the next step, little does he know how much trouble he’ll cause.