The Young And The Restless Spoilers: Sharon’s Fight Isn’t Over – Harsh Cancer Storyline Plays Past Summer? 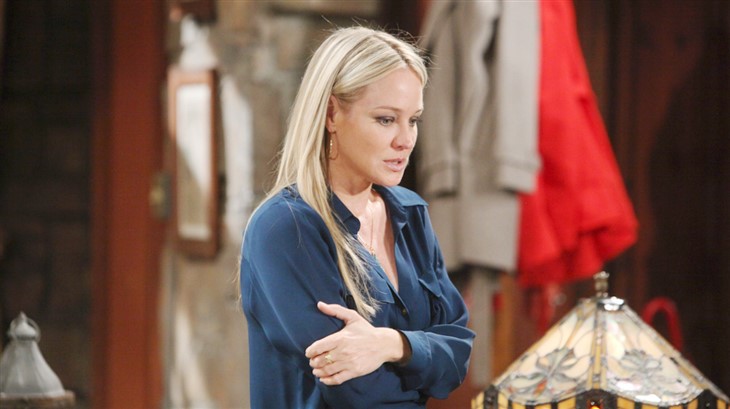 The Young and the Restless spoilers document that Sharon Newman’s (Sharon Case) cancer fight appears to be primed to play past the summer. The end of the current season has almost arrived, with fall beginning on September 22.

The Young And The Restless Spoilers – Optimism Reigned Recently

Viewers were patiently waiting to learn how Sharon’s scheduled surgery went. The production shutdown caused a three-plus month delay from the spring episode where she was heading to the hospital until the summer show where Sharon was returning home.

Case’s character was cautiously optimistic that progress was being made and that an eventual eradication of her breast cancer was going to happen. While initial chemotherapy treatments hadn’t gone as well as expected, less invasive surgery implied that her situation wasn’t fully dire.

Enduring the physical and mental challenges associated with a fight of this type also includes the referenced support system that surrounds whoever is in the ring. Sharon’s family members, friends, and even Phyllis Summers (Michelle Stafford) have all provided her unconditional positivity. That factor has been fully influential in Sharon being able to maintain her composure during this stretched period of time.

But Adam Newman’s (Mark Grossman) recent request for help threw a curve into the overall plan. Rey, in particular, and the visiting Noah Newman (Robert Adamson), are totally opposed to anything Adam. Their instincts are apt, as Sharon doesn’t need any further undue stress.

Sharon’s nature and her new profession (therapy) have already led to a trip to Kansas. Plus, Adam confided his current location to her, which means that further entanglement with him is inevitable.

The Young And The Restless Spoilers: Billy’s Quest For Revenge Against Adam Could Cost Him Everythinghttps://t.co/Snt42WVrxg

The Young And The Restless Spoilers – Uncertainties Of Life Persist

The case easily ranks with the show’s best actors of her era. The range she’s consistently displayed makes this actor a solid choice to be at the center of this particular storyline.

The bottom line questions that everyone has in the front, middle, or back of their minds, is whether Sharon’s cancer can be stopped and if she’ll be able to live out her life. There is no known information about Case’s contract status changes, which appears to mean a good ending is approaching.

But off-stage business matters aren’t always available and this is the daytime. So one can never be certain until the climax to this arc is seen.