General Hospital Spoilers: Real Andrews Opens Up About His Return To Port Charles 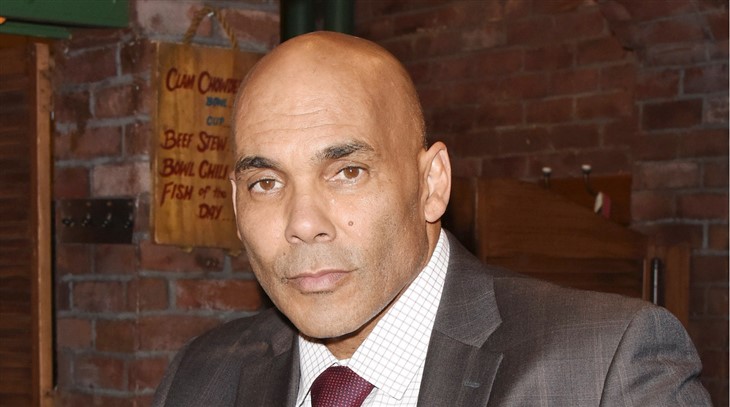 General Hospital star Real Andrews (Marcus Taggert) recently opened up about his ‘third’ chance at life in Port Charles. Here’s what he has to say!

The actor makes it no secret that he was blown away by the response he got after many fans decried Taggert’s on-screen death. He told Soap Opera Digest in a new interview, “I don’t think anyone saw that coming, especially me, just keeping it real. General Hospital fans are incredibly hardcore and real; they let you know what they like and what they don’t!”

General Hospital Spoilers: 3 Characters That Kim Delaney Could Be Playing On GH

Real Andrews says that it was very hard to keep things a secret when his agent, Paula Benard, who happens to be Maurice Benard’s (Sonny Corinthos) wife, reached out to him and told him that the producers wanted him back on the show. While he didn’t know all of the details surrounding his return just yet, he did know that things were going to be very exciting.

He added, “When I got a second chance, it was huge. I remember getting a text from the casting director Mark Teschner. It had been a daily dream of mine for 17 years to come back and when I saw his name, I dropped to my knees and started crying in gratitude and joy because I knew he wasn’t calling me to say hi. I called him back and he said, ‘We would love for you to come back, are you interested?’ I would be honored! When do I start? So when I found out I wasn’t getting killed off, I would be lying if I said I wasn’t devastated… so when I got a third chance, I was like, ‘Unbelievable. Boom! Let’s go.’”

General Hospital Weekly Spoilers September 14 to 18: Jaw-Dropping Twists & Turns, No One Could Have Predictedhttps://t.co/ZwduQpB9xf

Not only is Real excited about his third chance, but so are all of his fans. Of course, GH fans will simply have to tune in to find out what’s in store for his character. General Hospital airs weekdays on the ABC network. Check your local listings for times.