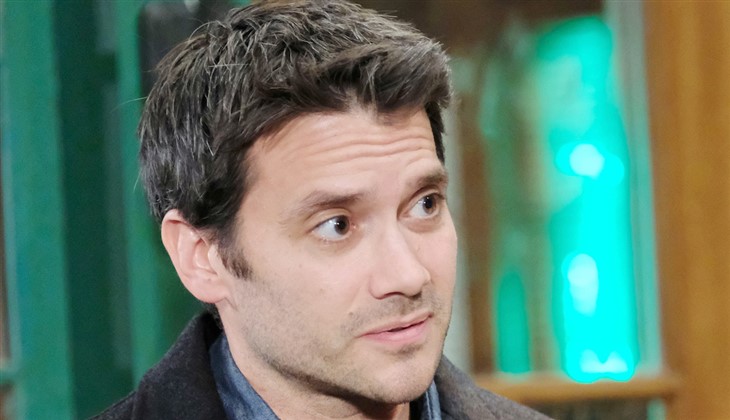 General Hospital spoilers reveal that fans are loving having Dominic Zamprogna back as Dante Falconeri, even if he is breaking his ma’s heart! Last week Olivia Falconeri (Lisa LoCicero) traveled far and wide to find her boy but what she got instead of a happy reunion was a snub.

Dante refused to see his mom and the two powerhouse actors hit it out of the park in Emmy-worthy scenes. The interaction was so incredibly poignant that many fans had to reach for the tissues, including Zamprogna’s wife.

Zamprogna debuted as fan fave Dante in 2009. After nearly a decade playing the irascible and loveable detective, he walked away in 2018. Ten years is a long time to do anything especially star on a soap which has intense schedules and long, long filming routines. No doubt he was ready for a change and he can’t be faulted for that.

So when Zamprogna decided to come back to the show this year, fans let out a collective breath and have been enjoying every single minute he’s been on since then.

Dante is being treated for PTSD, away from Port Charles. His mom is climbing the walls not being able to see her boy and serve him some meatballs and lasagna.

Which is why she connived to go see him in Switzerland, against everyone’s better judgment. Once she got there Dante told his doc he was not ready to see her and he stayed in his little gray cell.

Olivia cried and begged Dante to open the door but he refused and their heartbreaking scenes were incredibly emotional.

One of those touched was Zamprogna’s wife, Linda. He tweeted about her reaction saying, “I just wanna tell @lisalocicerogh the Z’s just watched this and we’re collectively blown away by you. Also, you made Linda cry.”

Linda was not alone as tons of fans found it hard to watch the once close mother and son be unable to connect.

When will Dante return to Port Charles? Soon, and when he does expect him to be gobsmacked by all that has happened; While he has been gone life and his loved ones have moved on.