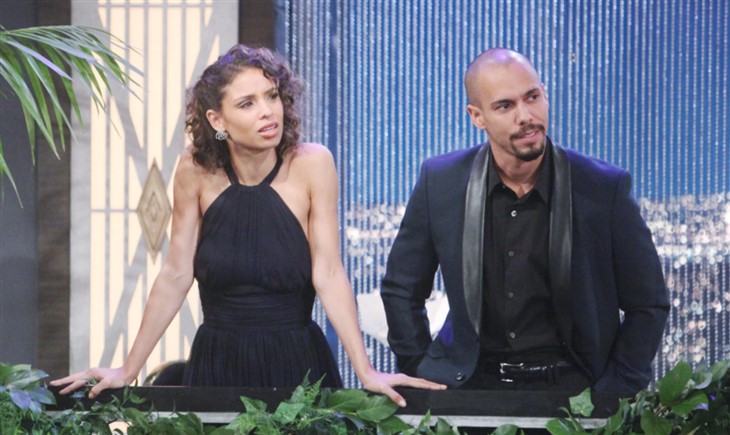 The natural shock to her system will be shared by Devon Hamilton (Bryton James) and all others who knew Hilary during her five-year run in Genoa City, Wisconsin. This reveal will impact the lives of various people in unknown ways.

While Elena Dawson (Brytni Sarpy) didn’t know the character Morgan initially played on Y&R, she’s come to know a lot about her. But Hilary was just a memory, whereas Amanda is a living human being.

The Young And The Restless Spoilers – Amanda Sinclair Faces The Truth

For whatever her reasons, Amanda didn’t appear to be curious about whether she and Hilary were genetically connected, or not. This seemed to be Y&R’s use of the suspension of disbelief method, where viewers accept the implausible in order to further the plot.

Building Amanda’s individual history allowed fans to get to know this new character before her link to Hilary was confirmed. By doing so, the writing staff allowed Morgan to establish a distinctly different personality, rather than simply having Amanda definitively be Hilary’s sister from the start.

Elena moved to GC as part of an arc that initially involved Devon’s sister, Ana Hamilton (Loren Lott). In time, Elena and Devon formed a relationship. Sarpy’s character then proved crucial in the Hevon healing process, with love blossoming into the couple’s status.

There’s no doubt that Elena has become Devon’s next great soul mate. He loves her completely and hasn’t fallen for Amanda. Sure, Devon will certainly have different feelings for the woman who’s been identified as his sister-in-law, but that doesn’t mean he’s going to immediately, or ever, fall in love with Amanda.

It’s natural for Elena to feel uncertain about her future with Devon. That’s why engagement and marriage is the next natural step. Both steps wouldn’t be in response to what’s just happened but would follow the progression of their existing connection.

The Young And The Restless Comings And Goings: The Newman Family Shrinks, A New Face and More #yr #youngandrestlesshttps://t.co/3xR8JiSt2C

The Young And The Restless Spoilers – Engagement Comes Next

Devon recognizes Elena’s feelings and understands them. At the same time, he’ll do all that he can to reinforce his love for her, which will include engagement plans.

There’s no need for this particular couple to be split apart, or to develop serious problems that are based on Amanda’s confirmed link to Hilary. But drama stemming from Elena’s response is what makes believable soap.

SOS is a leading source for everything linked to The Young and the Restless. Check back regularly for Y&R spoilers and news!