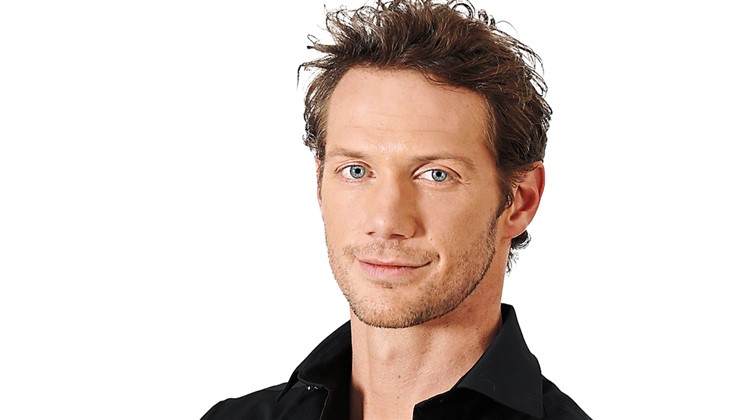 General Hospital spoilers reveal that the recent coronavirus production shutdown was hard on everyone, from fans to cast to crew members. It was an unprecedented hiatus for the television and film industry worldwide and there was no rule book on how shows would return or if they would return at all.

Luckily all four American soaps are in production now and churning out all new content that is thrilling fans. But there is one GH cast member who had a scary experience during the lockdown. Johnny Wactor plays Brando Corbin and he had not been on the show long when it went dark.

In a recent HollywoodHi.com Q&A, he talked about his thoughts and feelings during that time and we have the details for you here.

“I was absolutely concerned about my new role … being short-lived,” he said. “I was uncertain when or if we’d return filming.”

The soap is back to filming and turning out some spellbinding content across the board, news that is welcome to Wactor’s ears. According to the hunky star he is, “grateful that we have returned and I’m able to make a living again. I know that a lot of people are not able to do so, and had I not been on this show, [I would] have a lot more worry about how to make ends meet. Supremely fortunate and grateful.”

GH Spoilers – Johnny Wactor Is Back To Filming

Wactor also recently participated in his costars podcast, 7 Questions With Steve Burton & Bradford Anderson. The stars play Jason Morgan and Damian Spinelli respectively and their podcasts are both informative and entertaining.

Wactor told the actors that he is not unlike his character in that he has, “got a broken jaw and broke my nose three times” in fights. He added, “I would like to say that I’ve won more than I’ve lost, and I think I have.”

The guys also talked about what Wactor would be willing to do for $5 million dollars and it’s pretty revealing!

General Hospital Spoilers And Recap Tuesday, September 15 – Nik And Ava Take It To The Next Level; Brook’s Career Overhttps://t.co/Y9PdaoK8bI

General Hospital Spoilers – What Happens Next For Brando Corbin?

Brando has been large and in charge in town lately. Following his one-night stand with Molly Lansing Davis (Hayley Pullos), he is getting close to her boyfriend and he is also getting in deeper in the mob wars. Tune in to find out what he does next!