The Bold And The Beautiful Spoilers: Scott Clifton Dishes On Liam’s Disapproval Of Finn and Steffy’s Relationship 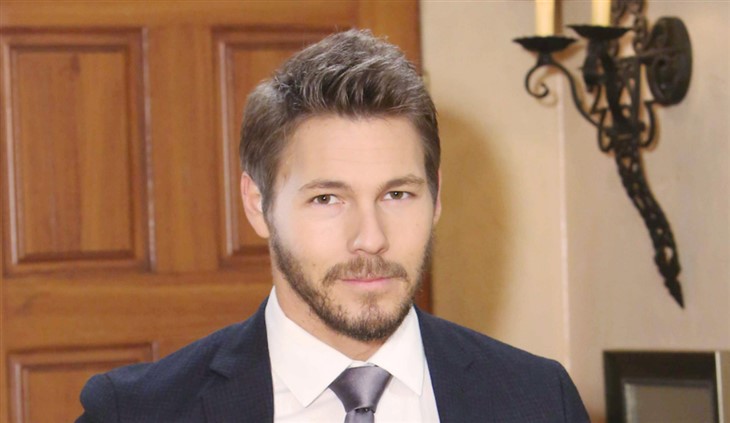 The Bold and the Beautiful spoilers reveal that Dr. John “Finn” Finnegan (Tanner Novlan) and Steffy Forrester (Jacqueline MacInnes Wood) will get even closer in the upcoming week. However, there is one person who doesn’t approve and that is Liam Spencer (Scott Clifton). Is he just jealous or is there a legitimate concern? The actor explained Liam’s extreme reaction.

The Bold And The Beautiful Spoilers – Steffy Forrester Finally Moves On

B&B spoilers reveal that for the past two years, Steffy hasn’t moved on. Fans debated on why she stayed single after her split from Liam. They also brought up the fact that Steffy still hasn’t taken down the “Steam” portrait in her living room. Now, it seems that she has met someone worth her while. The circumstances aren’t exactly ideal, but the addiction storyline will have the two getting close. Finn will also have the opportunity to prove that even in the worst of times, he will stick by her side.

The Bold and The Beautiful News Update: Don Diamont Celebrates His Son’s Achievement

When Hope Logan (Annika Noelle) told Liam about Steffy having company, he demanded to know who was visiting her. After learning that Steffy’s doctor was paying her a home visit, Liam had a pretty extreme reaction. He will end up confronting Finn but is quickly shut down. Then, Liam tries talking to Thomas Forrester (Matthew Atkinson) and later goes to see Ridge Forrester (Thorsten Kaye). However, nobody is really concerned about Steffy moving on except for Liam.

The Bold And The Beautiful Spoilers – Why Doesn’t He Approve of Dr. John ‘Finn’ Finnegan?

The Bold and the Beautiful spoilers reveal that Liam will become somewhat obsessed with Finn and Steffy’s relationship. But what exactly is his problem with the dashing doctor? Why does his ex’s relationship concern him so much? Speaking to Soap Opera Digest, Clifton explained,

“Doctors know things about their patients but he seems to know a little too much. Obviously there is more than an ordinary connection here, and that raises a red flag with Liam.”

Bold And The Beautiful Spoilers: Shauna Shocks Everyone By Trying To Divorce Ridge?https://t.co/eIvhDivDau

Steffy’s family won’t be the only ones that roll their eyes over Liam’s obsession with finding dirt on Finn. Liam ends up so distracted and preoccupied with Steffy’s personal life that it creates problems in his own relationship. Hope won’t understand why he is so concerned about Finn. In her mind, Liam should be happy that Steffy is moving on.

It is teased that Liam investigating “Sinn” will lead to conflict for “Lope.” At the same time, Hope and Thomas start working together again. Then, they decide to make some changes to the co-parenting plan. Fans have to wonder if Liam focusing on Steffy will cause Hope to lean on Thomas.

The Bold And The Beautiful (B&B) Spoilers: Quinn And Zoe Overheard, Eric Ends…