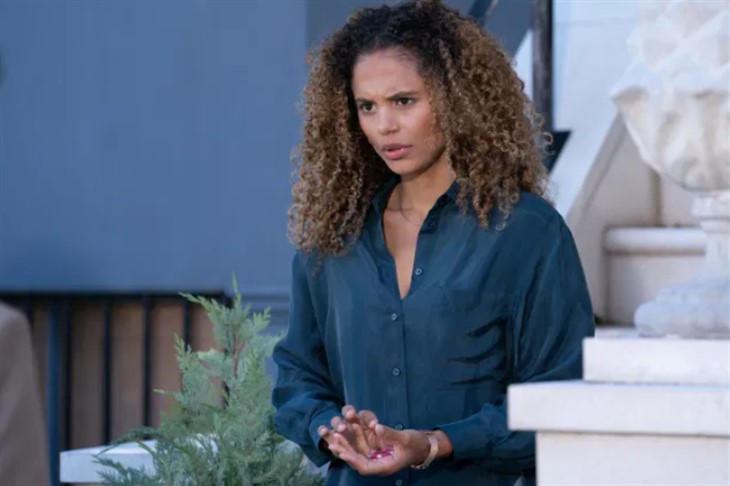 Eastenders spoilers reveal what is going to happen after Chantelle Atkins (Jessica Plummer) dies at the hands of her abusive husband. Mitch Baker (Roger Griffiths) returns to hear about the tragedy. He keeps asking questions about how Chantelle died, but he just gets silent. Then, he hears all the whispering, which makes his blood boil and brings out his inner rage.

Chantelle had been on holiday with her family. However, Gray coerced her into leaving early and returning home with him. When the Taylor family comes back from their trip, they will learn tragic news. They will find out that Chantelle is dead.

EastEnders Spoilers: Another Dark Christmas Ahead As Upcoming Storyline Hints Are Thrown Out

Eastenders Spoilers – Mitch Baker Not Getting Any Answers

Eastenders spoilers reveal that Mitch will keep asking how Chantelle’s death happened. But each time he asks this question, he can’t get a clear answer. Speaking to Digital Spy, actor Roger Griffiths explains that certain events happen that make Mitch suspect Gray might have been involved. He said,

“The first thing that he asks is how did it happen? When he asks that question more than three times and nobody’s answering in any clear way, that’s when it starts to bite at him. Then he hears the whispers.”

When Mitch starts to hear people whispering and it has to do with Chantelle’s death, it will bring out his inner rage. The fact that he can’t seem to get any answers makes the situation even worse. He also notices that something doesn’t seem quite right between Gray and Kheerat Panesar (Jaz Deol).

Mitch isn’t the only one that wonders if Gray was responsible for Chantelle’s death. Kheerat knows Chantelle was trying to leave her husband and shares this information with Mitch. He also tells Mitch how he was helping her in the days before her death.

Then, there is a police investigation. Gray has to face questions from detectives about Chantelle’s death. Even though he is a lawyer and probably knows exactly how to answer these questions, could the police suspect he’s guilty of murder? Are they quietly building a case and perhaps that is why there’s so much silence regarding Chantelle’s death? We will have to keep watching to find out what happens with this storyline.