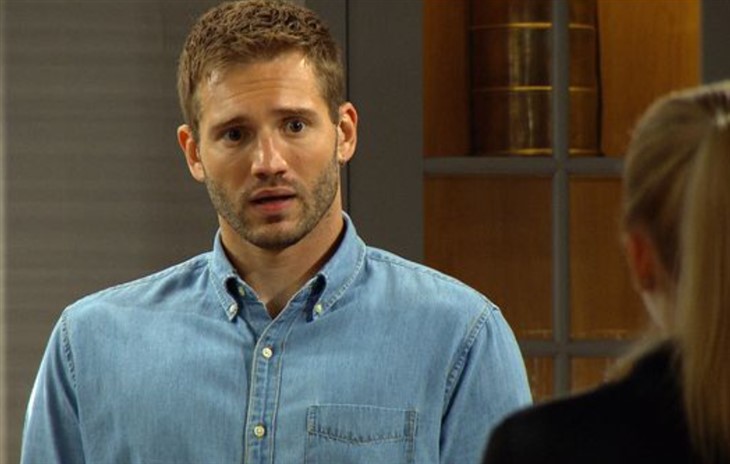 Emmerdale spoilers for the week of September 21 reveal that Jamie Tate (Alexander Lincoln) brags about fooling Andrea Tate (Anna Nightingale). She hears everything and exposes the truth to Moira Dingle (Natalie J. Robb). Belle Dingle (Eden Taylor-Draper) lies to her family and faces consequences. Plus, Cain Dingle (Jeff Hordley) grabs his bat and goes after Jamie.

On Monday’s episode of the soap, Gabby Thomas (Rosie Bentham) looks awful after a wild night, which doesn’t make Laurel Thomas (Charlotte Bellamy) happy. However, Gabby will get some help later on from Leyla Harding (Roxy Shahidi). Also, Belle will be devastated that her family has turned their backs on her.

EastEnders Spoilers: Danny Hatchard Not Happy With Lack Of Social Distancing – Wants To Use Force On Those Who Don’t

On Tuesday, expect to see Jamie bragging about how he tricked Andrea and she fell for his deceitful scheme. However, he has no clue that she has heard everything he said. She takes off to visit Moira and exposes Jamie as the driver who hit her, then left her there to die.

Liv Flaherty (Isobel Steele) will make a comment about how often Aaron Dingle (Danny Miller) is going to The Hide. Later, she makes an observation that reveals the truth. Luke Posner (Max Parker) and Victoria Sugden (Isabel Hodgins) will get their relationship back on track. Also, Gabby’s jealousy might have Leyla regret reaching out.

Emmerdale spoilers for Wednesday reveal that Moira asks Belle if she knows anything about the hit-and-run. She plays dumb, but Cain and Moira are convinced that she’s covering for Jamie.

Belle alerts Jamie that his secret might be out, but he is confident that there is nothing that proves he’s guilty. They go to the lake to check to make sure the evidence is still underwater. Jamie declares his undying love, then is horrified to see Cain approaching him armed with a baseball bat.

On Thursday’s episode, Aaron tries to fix things and reaches out to make an apology. Meanwhile, Victoria heads upstairs and Luke is right behind her. Tracy Metcalfe (Amy Walsh) will be furious that Nate Robinson (Jurell Carter) is keeping a secret. As for Cain, he will reach out to Moira, but how will she respond?

At the end of the week, expect Manpreet Sharma (Rebecca Sarker) to suddenly freeze when she sees her sister. Mandy Dingle (Lisa Riley) is completely bewildered as Liv tries to explain. Also, Lydia Dingle (Karen Blick) will be waiting for the results of her Huntington’s test.