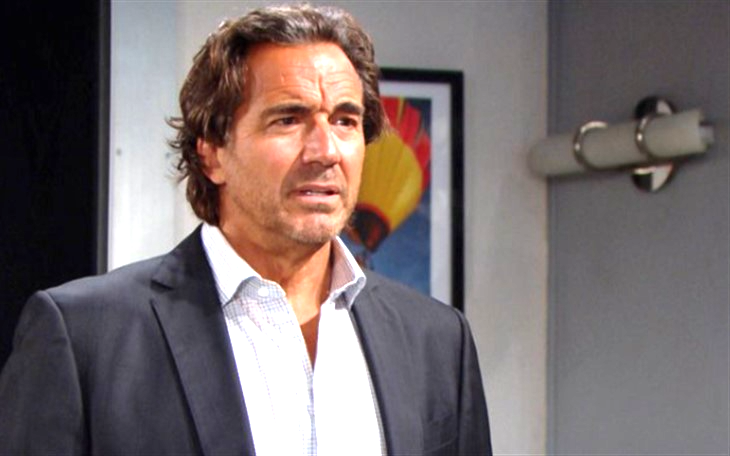 The Bold and the Beautiful spoilers document that Ridge Forrester (Thorsten Kaye) has been sucked into a whirlwind since he landed in Las Vegas, Nevada. Choosing to believe that binge drinking led to the end of Bridge and the realization of a new wife represents naive thinking, rather than a clear view of reality.

Quinn Fuller Forrester (Rena Sofer) is the diabolical puppeteer who’s been pulling the strings of many B&B characters. Ridge has been dancing as she’d hoped, but Shauna Forrester (Denise Richards) is also having her life controlled.

The Bold And The Beautiful Spoilers – Quinn Fuller Forrester In Control

Shidge can be forever in Quinn’s mind. She actually believes that Shauna will be able to fully supplant and even surpass what Brooke Logan (Katherine Kelly Lang) has represented for decades in Ridge’s heart.

Shauna understands that Quinn doesn’t like Brooke. That rivalry is real and is seen as a factor that has allowed Shauna to take advantage of an unexpected opportunity to be with her dream man.

Richards’ character believes that Quinn wants what’s best for her. However, in real terms, Quinn is not acting in the best interests of her longtime friend because the circumstances that enabled Shauna’s marriage to Ridge are based on lies.

Shauna benefited from good timing in the past. As B&B fans and she learned, a chance meeting with Storm Logan (William deVry) enabled a connection and eventually allowed Flo Fulton (Katrina Bowden) to be born.

Now, a calendar year after learning that Flo was a Logan, Shauna has joined a prominent family. The initial crush she had on Ridge was followed by his slow-walk into a friendship, some kisses, and then an impulse marriage.

The rapid nature in which Shauna has been able to transform her life represents a whirlwind itself. Quinn is taking advantage of Shauna’s genuine feelings for Ridge and the opulent Beverly Hills, California, lifestyle.

If Ridge doesn’t fall fully in love with Shauna, then she’ll be out of his life shortly after he learns about the Vegas lies. But if B&B allows Shidge to run for awhile, then it’s possible that Ridge stays with Shauna even after the full truth is revealed.

It’s fair to wonder if Shauna’s friendship with Quinn will survive in either of the above scenarios? Sofer’s character is a major reason why Shauna’s life has changed so dramatically. That fact will also remain relevant to whatever comes next.