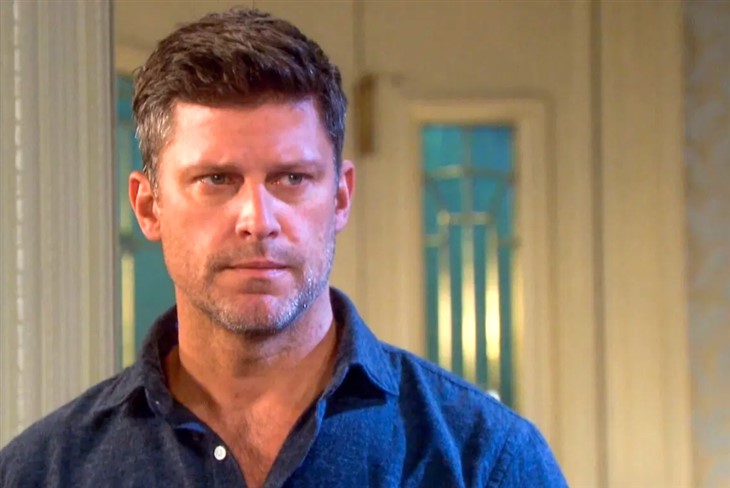 NBC Days Of Our Lives spoilers reveal that the show has been hopping with character exits and returns and it’s hard to keep track of who’s coming and who’s going. This week brings with it a special set of thrills and chills and we have all of the reasons why you definitely don’t want to miss a single minute, including someone who is acting very out of character.

Here are five fiery reasons to watch DOOL this week.

When John Black (Drake Hogestyn) comes out of his coma he will be more like 50 shades of gray. That is, he won’t be the lovable angel everyone remembers. He will be angry, some would say rightfully so, at someone in particular and you won’t believe who it is.

#2 ‘Ericole; Have Reached Their Peak

Greg Vaughan is leaving the show as Eric Brady and this week he gets an offer he can’t refuse. Will he bite, or stay in Salem and dither away his talents? We think you know the answer to that!

The answer may have been different is Ericole was given custody of his niece’s baby, but that didn’t happen. Still, what becomes of Nicole Walker (Arianne Zucker)?

#3 Mano A Mano In The Kiriakis Mansion

Xander Kiriakis (Paul Telfer) is an alpha male but his competition, Philip Kiriakis (Jay Kenneth Johnson) was a Marine. Which big dawg comes out on top in the war for Titan Industries? This conflict has all the makings of a seriously enthralling drama as both specimens are drool-worthy (is that shallow?) and we see shirts coming off in the near future!

#4 Bristen Are Over And Out?

The Bristen love story has spanned continents and years. But it is also about to be tested by an arrest. Who lands in the slammer, Brady Black (Eric Martsolf), or Kristen DiMera (Stacy Haiduk)? The answer may surprise you! But baby Rachel needs at least one parent to take care of her, Elani can’t do so forever.

#5 What Happened To Ciara Brady?

Ciara Brady’s (Victoria Konefal) death has everyone in Salem upset. But her mom Hope Brady (Kristian Alfonso) isn’t so sure that her daughter is dead.

Call it mother’s intuition. Will Hope go against her badge and outside of the law to find out what really happened to her lovely daughter? You can count on her fighting to the ends of the earth to discover the truth!