The Bold And The Beautiful Spoilers: Liam Interrogates Finn, But Is It Concern Or Jealousy? 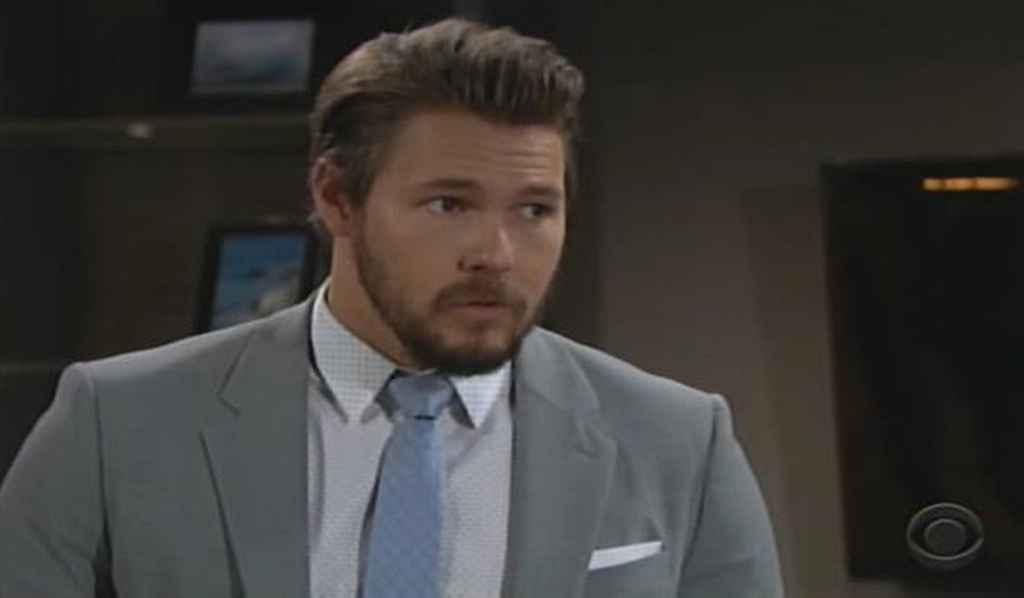 The Bold And The Beautiful Spoilers – Liam Spencer’s Concern

B&B spoilers reveal that Liam has noticed that something seems off about Steffy. However, his concern increases when Hope tells him how Steffy yelled at her and accused her of trying to kidnap Kelly Spencer (Colette and Avalon Gray). He already knows that Steffy isn’t going to admit to anything. So, he decides to find another way to get answers about Steffy’s behavior.

The Bold And The Beautiful Spoilers: Katie Isn’t Done With Bill – ‘Batie’ Has A Chance

While discussing Steffy with everyone except Steffy herself, Hope lets it slip that Finn was making a house call. Liam finds it strange that Steffy’s doctor would be at her house. Was he really making a professional house call? Doctors don’t even do that anymore. Then, Bill Spencer (Don Diamont) makes the assumption that Finn’s house call might be anything but professional.

The Bold And The Beautiful Spoilers – Is It Concern Or Jealousy?

The Bold and the Beautiful spoilers reveal that Liam will want to know what Finn was doing at Steffy’s house. Even though it’s none of his business, he is curious to find out the purpose of the visit. If it’s really medical-related, then does that mean Steffy’s condition is worse and Kelly might need to stay with “Lope” some more? If it’s personal, then what kind of man is going to be in Kelly’s life? There is also the possibility that Liam is just straight-up jealous that Steffy is moving on with another man.

In the new issue of Soap Opera Digest, it is confirmed that Liam will confront Finn. He starts interrogating him, but he really doesn’t get anywhere. Liam finds out that Finn is a top doctor and there are no holes to worry about him treating Steffy. However, Liam suspects that there is a romantic interest and isn’t sure it’s appropriate for a medical professional to cross lines and make personal visits to patients.

It was previously teased that Finn does get in some hot water with his personal visits to a patient’s house. We have to wonder if the hospital only finds out because someone reports Finn. Could Liam really go that far out of “concern” for Steffy? She finally gets a chance at happiness after two years and Liam tries to take it away from her? We will have to see how this storyline plays out.

The Bold And The Beautiful Spoilers: Zoe Panics And Tells Carter ‘Marry Me Now’, But…

The Bold And The Beautiful Spoilers: Steffy Requests A Paternity Test, But What…