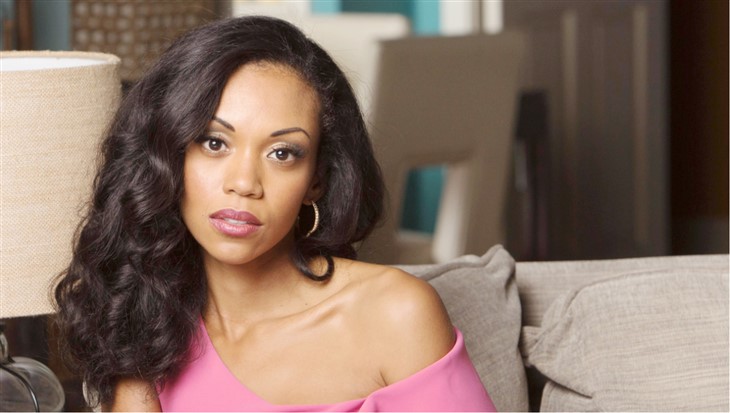 The Young and the Restless spoilers reveal that Amanda Sinclair (Mishael Morgan) has now been declared the official winner of the Hilary Curtis Hamilton twin sweepstakes. Yesterday she opened her DNA test result envelope and discovered that there’s a perfectly good explanation for why she looks just like Devon Hamilton’s (Bryton James) late wife: they are twins!

Both characters were stunned, but not really, and stared at each other, wondering where they go from here.

Morgan chatted with TV Insider about this stupendous plot twist and we have her thoughts for you here.

The Young And The Restless Spoilers – What Does Mishael Morgan Think Of Her New Storyline?

Mishael started off by saying, “It’s pretty strange and crazy. Being the person who played Hilary and plays Amanda, I feel Amanda’s loss even though I’m the one who played Hilary. There’s a feeling of loss and that Amanda can’t get any closure. Hilary’s gone. Amanda is stuck in this place of ‘Oh, I had a sister, but I don’t have a sister.’”

Everyone wants to know if this means it’s inevitable for Devon and Amanda to hook up? She was noncommittal but said she expects Amanda to turn to him for more info.

“Amanda not only doesn’t have a sister, but she can’t track down any information about her [birth] father and her mother is gone, too. Her only tie to Hilary is Devon. I don’t know how it’s going to go given how painful it was for him to lose Hilary.”

Y&R Spoilers – Will There Be A Huge Triangle In Genoa City?

When asked about a triangle between Amanda, Devon, and Elena Dawson (Brytni Sarpy), this is what Mishael had to say: “I have no idea… but I actually like that. Sometimes it’s nice to know where the story’s going so you can get to work. Other times, it’s best to trust and enjoy the journey. “

She also talked about having to make Hilary and Amanda two very different characters. “That’s something I’m hyper-aware of. I want to make these characters be different from one another. The first thing I do when I get a script is to look at who is in the scene [with me].

What was Hilary’s relationship like with this person? Then, I make a choice as to what Amanda’s relationship will be with them. It helps to be mindful and adds to the performances as I’m creating this new character.”