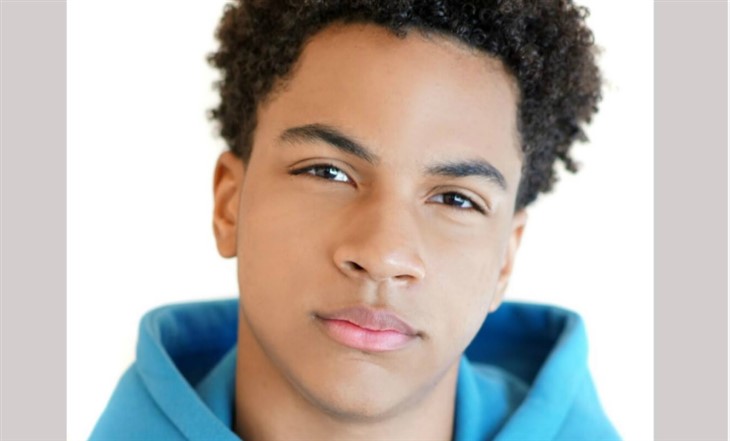 Days of our Lives spoilers reveal that a very talented former star has dropped new music. Terrell Ransom Jr. used to play Theo Carver on the NBC sudser and this weekend he released a new song.

These days Ransom is known as Kid Prodigy. The teen continues to act and he is a model as well as a singer, musician, and rapper. He is known for his role in The Amazing World of Gumball as Darwin Watterson.

You can hear his song on his Insta where he posted, “yo what’s good it’s SEPTEMBER 12TH and that means my new single “ELON MUSK” is out now on EVERY PLATFORM. it finally released and I’d appreciate it if you check it out !” Tell us what you think of his new song, Elon Musk!

Days Of Our Lives spoilers – Terrell Ransom Jr. Has A New Song Out

His fans loved his new release and left tons of compliments with one fan writing, “My guy this low-key a vibe,” and another posted, “TJ KINDHEARTED.”

One fan wrote, “Flames all the way,” and someone else chimed in with, “Damn darwin got bars.”

DOOL Spoilers – Theo Carver Is Off The Canvas At The Moment

Ransom played the role of Theo Carver from 2008 to 2015. His recent work includes Good Trouble, Sorry for Your Loss, and more. In 2008, he and his family relocated to Los Angeles to pursue his entertainment career. Soon after an agent signed the boy and he was cast on DOOL, making his debut in May of 2008.

At the time Ransom did not have an acting coach on set and he learned a lot from his castmates. He spent seven years on the show and his final appearance was on July 9, 2015.

Kavi Faquir was the first actor to play Theo, from 2006-08, and Kyler Pettis took over the role from Ransom when the character was SORAS’d in 2015. We last saw Pettis in 2018.

Days Of Our Lives Spoilers – Will Theo Carver Return To Salem One Day?

When actor and model Kyler Pettis joined DOOL as a recast of Theo Carver, who is on the autistic spectrum, he competed against several other actors for the role and tested for the role opposite his on-screen dad, James Reynolds who plays Abe Carver.

Fun fact: Pettis was also auditioning for The Bold and the Beautiful when he booked the role of Theo.