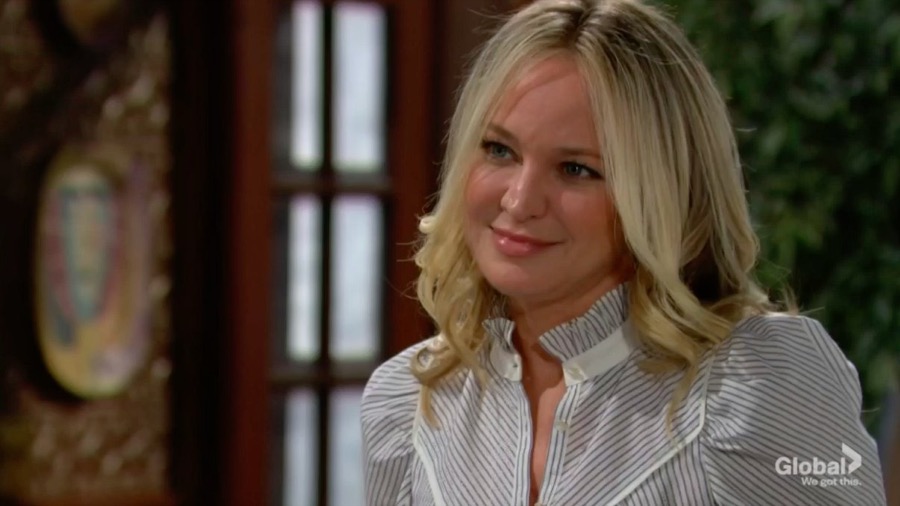 The Young and the Restless spoilers document that Sharon Newman (Sharon Case) is feeling optimistic following surgery results that fans waited months to learn. Viewers had to hold their breath from late April until mid-August due to the production shutdown but learned hopeful news earlier this week.

Sharon’s surgery has passed and she’s entered a period where patience will be needed. Follow-up and continued monitoring could produce an all-clear sign soon. Unless her situation turns negative, it’s possible that Sharon could be ruled cancer-free by the fall.

Young And The Restless Spoilers – Timetable Not Set

The fall prediction is based on the treatment that’s occurred to-date and the type of surgery that was performed. A more radical approach would have indicated a far aggressive response was required, or that her prognosis was dire.

All who’ve had cancer, or are connected to loved ones who’ve had it (or are currently battling it), know that this disease can be terribly unpredictable. So, good medicine and prayers, along with vigilance is still needed.

Young And The Restless Spoilers – Personal Support Continues To Abound

It was great to see Vickie Newman (Amelia Heinle) at the front door of the cottage. She and Sharon have had their disagreements through the years, mostly based on Shick’s drama and connected issues related to Niktor. But Vickie put that history aside.

Cancer makes people recognize what really matters. Trivial issues, or even ones that were important at one time, are seen in a different light when the prospect of someone dying, or working through a difficult fight that results in a victory, exists.

While the production shutdown impacted the length of this arc, it hasn’t lessened its overall impression. While this topic is widely known, having Case, in particular, be the central focus of this storyline was smart.

Sharon’s presence as a legacy character was cemented long ago. Case’s handling of this serious topic reaffirms the strength of her work.

That’s the story within a story. Sharon remains strong and Case’s efforts are stellar. With whatever the pacing moving forward, an anticipated positive outcome is expected and hopefully happens.