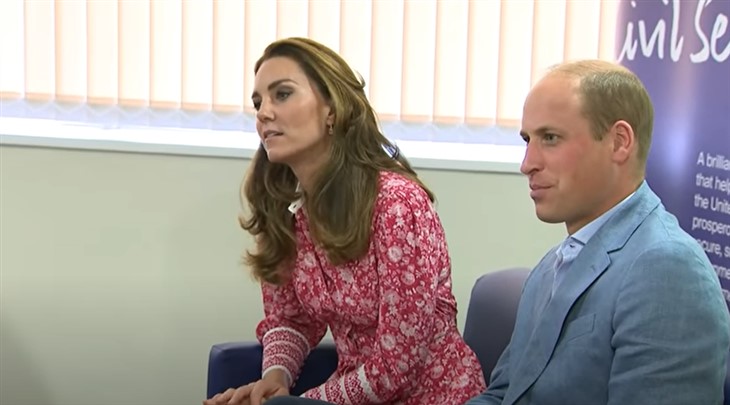 Prince William and Kate Middleton have now returned to London and their in-person royal duties after months in isolation at their country home. They have hit the ground running, making visits, and spreading a little light along the way.

On Tuesday the royal pair visited city businesses to learn about how they are coping with the aftermath of the COVID pandemic and how they are easing into a new normal. They stopped in at several shops but in one they actually got to work literally!

William And Kate Have A Healthy Competition And Are Good Sports

At the Beigel Bake Brick Lane Bakery the couple listened to the owner but they didn’t stop there. They donned aprons and were taught how to make the scrumptious snacks.

Elias Cohen’s father Amnon opened the shop in 1974. When asked how the prince and princess did, he said, “Not bad. I think Kate wins!”

Prince William wasn’t fazed by coming in second place however and seemed to be okay with the baker’s assessment of his culinary skills. William said, “We’ll go with that. The usual story.”

For her part Kate had a humble response about her win saying, “Just wait until you see the aftermath. I had beginner’s luck. They are getting worse!”

The couple shared a video of the visit on their Instagram page. In it Prince William and Kate can be seen placing the dough in trays and putting them in a machine that molded them into bagels. The next thing you know, the bagels went into the oven and then came out perfectly baked. Yum!

The couple also visited the London Bridge Jobcentre to hear how people are looking for work and met with employers to learn about how they are providing jobs during this incredible time period.

Prince Harry Had A Birthday This Week

Kate and Prince William’s dough competition is reminiscent of another competitive event which also included Prince Harry. Earlier this week Harry celebrated his 36th birthday and the couple wished him well online as he is now living in California with his family.

The photo they shared showed the three of them in 2017. They had big smiles on their faces as they promoted their Heads Together initiative in London. In the pic they are on a track and racing, with Harry in the lead.